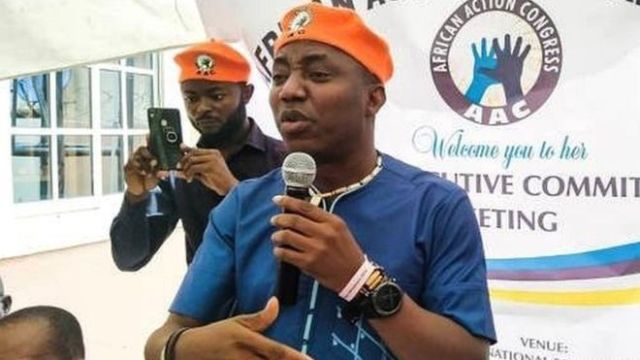 Comrade Omoyele Sowore, the presidential candidate of the African Action Congress (AAC), has said that if elect­ed into power, his govern­ment will declare a state of emergency in the education sector.

Sowore, who spoke through a statement made available on Saturday, said his administration would also adopt a multi-stakehold­er and multi-level approach solving the nation’s massive problems.

He said: “Our govern­ment will declare a state of emergency in the educa­tion sector and use a multi stakeholder/multi-level ap­proach in solving massive problems.”

Sowore said that it was a crime not to educate the nation’s children, stressing that the United Nations Ed­ucational, Scientific, and Cultural Organisation (UN­ESCO) reported that Nigeria had over 20 million children out of school.

The development, he said, was both a national disgrace, which called for a state of emergency in the sector, even as he regretted that Ni­gerians were being made to focus on the enemies of the children who kept them out of school in the first place.

He stressed: “Beside these kids, our young college stu­dents have been locked out of their classrooms by a dishonest and irresponsible government of Nigeria for more than six months now.”

Sowore stressed that in line with global best practic­es, his administration would engage families and commu­nities and provide social and economic incentives to bring children back to school.

According to him, “We will create and strengthen safe school initiatives to make every child safe in school. Where the environ­ment is unsafe for schooling, we will create community school clusters as an emer­gency measure with deploy­ment of virtual learning where possible.

We will create sped schools to bring children back and get them up to their grade level in a four year period.

“By 2027, we would have reduced the out-of-school population by 80 percent through targeted investment in education, social and eco­nomic support for families.

“As I often stated, it will be a crime not to educate our kids in Nigeria,” even as he added that Nigerians should not allow things to continue the way they had been.