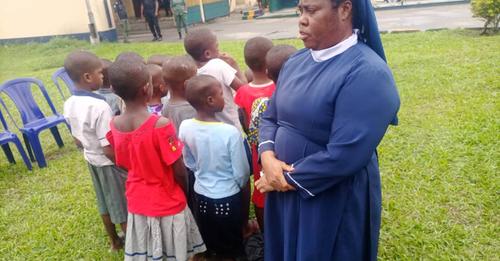 Police operatives in Rivers State have rescued 15 children kidnapped from different parts of Port Harcourt and its environs.

Its was reported that the police arrested a fake reverend sister who is among the leaders of the criminal group abducting the children.

The state Commissioner of Police, Friday Eboka, disclosed this on Tuesday at a press conference in Port Harcourt.

The fake reverend sister is expected to be charged to court soon.

Cases such as the one in Rivers are not new in Nigeria. In July, scores of children were discovered in an underground apartment of a church in the Valentino Area of Ondo town, Ondo State.

Over 40 children were kidnapped and kept in the underground apartment of the church.

Videos of the incident went viral at the time, as the children were seen in a patrol vehicle of police who moved them to the station.