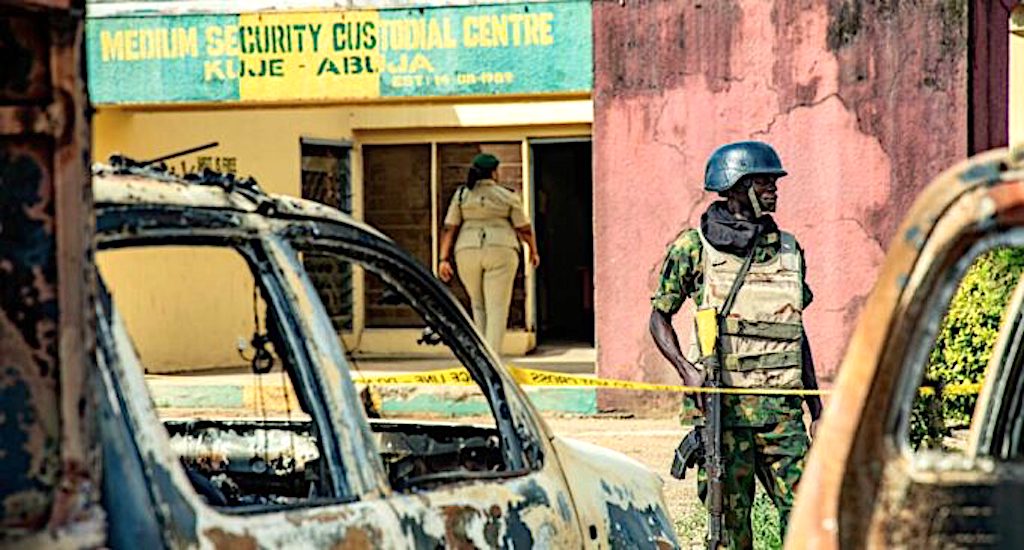 The Minister of Interior, Rauf Aregbesola, has said 65 personnel of a joint task force were present at the Kuje Correctional Facility, Abuja, on the day it was attacked.

Mr Aregbesola stated this on Monday while appearing before a joint Committee of the House of Representatives.

He said the 65 personnel comprised men from the Nigerian Army, NSCDC, Nigerian Immigration Services and other agencies.

Over 800 prison inmates escaped during the attack with about half of them still at large. Those still at large include about 60 Boko Haram members.

ISWAP, a breakaway faction of Boko Haram, claimed responsibility for the attack and later released a video of the incident.

Questions have been raised on how the terrorists were able to carry out the attack despite their proximity to some military installations in the Federal Capital Territory.

In July, Mr Aregbesola had claimed that the terrorists “overpowered the officers on duty.”

He stated that despite the number of personnel at the facility, they failed to prevent the breach.

“On the 5th of July around 10 pm, huge number of elements that I believe to be terrorists of a particular brand came in a large number to attack our facility.

“These 65 people were there for the specific responsibility of assisting and preventing any attack and they were all armed,” he said.

Resolution to make the hearing public

A member of the committee, Ifeanyi Momah (APGA, Anambra), had moved a motion for the hearing to be made public.

The resolution to make it public overrode the decision of the Chairman of the Committee, Sharada Sha’ban, who had earlier called for an executive session.

Mr Sha’aban made another attempt to eject journalists from the venue but members of the committee disagreed.

But when Mr Aregbesola was making his submission, he refused to give some specific details. He stated that unless an exclusive environment is provided, he would not speak on the specifics.

Because of the presence of the pressmen here, I’ll not tell you the great arsenal in their possession but they were well-armed.

“If we have an exclusive arrangement, I will give you the specifics of the great equipment of military arsenals that were positioned for the defence of the facility,” he said.

Consequently, Mr Momah moved a motion to rescind the initial motion, and it was carried.

Last warning to heads of agencies

The committee also resolved to summon the heads of some military and paramilitary agencies to appear before it or face sanction.

Mr Sharadda lamented that some heads of some agencies shunned the hearing. He noted that the committee is willing to take action against any of the officials.

A member of the committee, Nicholas Ossai (PDP, Delta), moved a motion for a final summon to be issued to the affected officials and agencies.