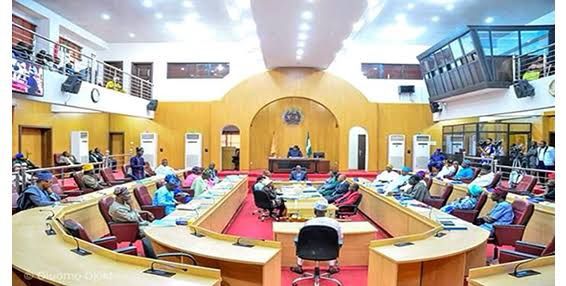 In their over three years stay in the chambers, only eight of 26 members of the seventh Osun State House of Assembly,  have sponsored bills, InsightMedia has learnt.

Insight media gathered that the seventh Assembly, which was inaugurated on June 6th, 2019, has, at first week of September, 2022, passed 26 bills all together, while two are at different stages of legislation.

Leading the chart of the lawmakers with bills is the Speaker, Timothy Owoeye, who has seven bills to his credits. Among his bills passed are:
State of Osun Security Network Agency & Amotekun Corps Bill, 2020; State of Osun Anti Kidnappinh and other related crimes Bill, 2020;State of Osun Violence Against persons (prohibition) Bill, 2020 and others, including most recently, University of Ilesa Establishment Bill.

The Deputy Speaker, Femi Popoola who represents Boluwaduro/Boripe State Constituency also sponsored two bills in the assembly. Insight Media also gathered that the Deputy is a returning member having first occupied the seat between 1999 and 2003.

Lawmaker representing Obokun State Constituency,  Adewumi Adeyemi is the only member of the minority caucus that has bill to his name, as he co-sponsored Osun Youth Development Commission (establishment bill) with the speaker.

Member representing Atakunmosa, Babatunde Festus Komolafe, in 2021 presented his only bill titled: State of Osun Local Government Administration Amendment Bill and it was passed by the Assembly months later.

The last private member bill was presented in August 2022 by the Chairman House Committee on health,  Elizabeth Abioye of Ifedayo State Constituency and it is seeking establishment of an act to govern Osun.

The bill is currently at the second reading in the assembly.

Out of the 26 bills in over three years, 13 are Executive Bills, while 12 are Private Member Bills and the other is a judiciary bill sent by the state judiciary.

The Assembly did well in the area of legislations to combat insecurity as two bills were sponsored and passed by the parliament. The bills are Osun Security and Amotekun Corps Bill and Anti-Kidnapping Bill, both sponsored by the Speaker.

In the area of education, the recently passed University of Ilesa Establishment Bill and Osun State College of Health Amendment Bill were passed. But no bill addressing the proliferation of Private schools and their standards in the State, among other issues confronting the basic education.

To address the challenges at the Health sector, two bills were sponsored by the lawmakers and one by the Executive. Two have been passed while the other is at the second reading.

According to analysis, the bills passed has shown no interest in the public favour, leading to a poor administration by the members of the House of Assembly, no members in three years has passed a bill in response to the needs and plight of their respective Constituencies.

One of the most essential bills that should have been passed is the bill that is against illegal mining in several local government of the states that has polluted streams, rivers and the Sacred Osun River. Although, Mining is on the exclusive list, regulation of its impact on the environment is local and requires State government to regulate.

Development experts and members of Civil Society organizations in the State have described the performance of the State Assembly as “very poor”, stating that the 7th Assembly may go down the history as the worst parliament in the history of the State.

Executive Director of Vault Consulting, Dare Adeoye while speaking with our Correspondent said the poor performance of the Assembly under Owoeye is as a result of lack of knowledge and experience by the majority of the lawmakers in the parliament.

“Seriously speaking I never knew that their performance is this poor, 28 bills in 3 years and 3 months. I think to the best of my knowledge this would be the worst we can have from the State House of Assembly in recent time. When we talk about putting wrong person in power, this is what we are really talking about. When people who really know the rudiment of being a lawmaker are given the privileged and opportunity of being at the State parliament, not these rubber-stamp people.

“And I think from my little experience I know some of them that are very active, about two or three of them. But the politics in the House is affecting them too, as the speaker would never consider them for anything. Even when they raise their hands up for any debate, he (speaker) will kill their voice.

“So when we allow the governor or the political parties to choose for us this is what we get and by mere looking to the details of what you have said, we can not get the best from people who are chosen for us and not allowing us to choose for ourselves.

“I tell you when they don’t know what it means to be a lawmaker. I mean to represent the interest of the people. By the time we look at all the 30 local government areas, one would discover that there’s none without its identified issue. Issues that are meant to be presented at the House of Assembly for legislation and probably a law in enacted in that respect. But many lawmakers lack the knowledge.”

In his reaction, Ayo Ologun, spokesperson of Transparency and Accountability Group also corroborated the stand of Adeoye. He said the current Assembly is populated by members who became lawmakers on the basis on loyalty and political sentiments.

Ologun advised electorates in Osun to ensure people with required knowledge and skills are elected into the 8th Assembly.

The performance is not too poor – Bukola Idowu

The Executive Director of Kimpact Development Initiative, Mr Bukola Idowu described the performance of the Assembly as “not too poor”, stating that passing 26 bills in 39 months is above average. He however said the impact of the bills on the lives of the most important.

“I will say they have not done badly. Why I am saying this is that when you look at in terms of the number of bill you pass in three years, if they have pass 26 bills that means 26 laws have been added to the laws of Osun state. So you can imagine the number of laws we have in the State, adding 26 to it for me, is not the issue. The issue is that are citizens even aware of those laws?  Most times, they just pass law and citizens are not aware of those laws as they (the laws) may not have impact on them.

“More so, if you look at the 6th Assembly, you understand that it was terrible than this 7th Assembly. They passed several laws that the current administration has repealed and some of their laws will also be repealed by the incoming administration. Example of such law is the law changing local government administration to parliamentary system.”

Idowu also advocated for the sensitization of electorates on the role of the parliament.

“As we move into another election year, people of the State must be enlightened that on what the roles of a lawmaker is. The performance of a lawmaker is not about bringing transformer or borehole to the community. The Executive jobs are different from the parliamentarian. People must know this.”

Spokesperson of the assembly and member representing Olorunda State constituency, Kunle Akande said the number of bills presented by a lawmaker has nothing to do with his or her performance.

He said the bills are presented based on needs of the state and not on any other basis.

Akande said, “bills are not presented like a fanfare, bills are presented on the basis of needs and they are not supposed to be duplicated. We have more than enough laws to govern Osun and Nigeria. So it’s not a number of bills that make a lawmaker a performer. Our people must understand that.”