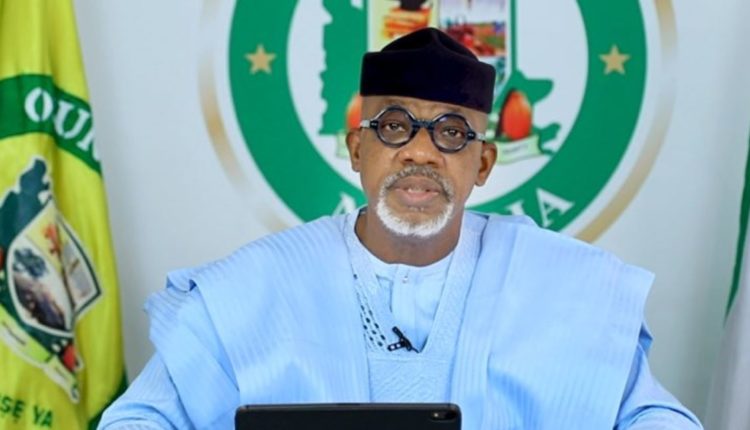 The president of the Nigeria Union of Local Government Employees (NULGE) Ambali Olatunji, has commended the Ogun State governor, Dapo Abiodun, for supporting the de­velopment of local government in the state, particularly the pas­sage of the Local Government Autonomy Bill by the House of Assembly.

Ambali, who spoke in an in­terview with newsmen short­ly after he led members of the NULGE in the state on a visit to the governor in Abeokuta, declared that the union was happy with the governor.

He said that the present ad­ministration in the state was the first state in the southwest to pass the Local Government Autonomy Bill.

The NULGE president told newsmen that the governor, during the meeting, however, promised to look at the issue of strengthening the local governments in the state with assurance to look at issues bor­dering on internally generated revenue of the councils.

“If the governor had not con­sented, the House of Assembly wouldn’t have passed the Local Government Autonomy Bill. In fact, in the southwest, Ogun State happens to be the first that passed the bill.

“We have come to also re­assure the governor that we are on the same page, we love him and we pray that God will continue to sustain him so that very soon, he will be the best in the country.

“On the issue of the internal­ly generated revenue, the gover­nordirectedthatacommitteebe set up with the view of releasing some to local governments to ensure that they become more functional,” Ambali stated.

While declaring that local government workers in the state would definitely support the second term ambition of Governor Dapo Abiodun, the NULGE president said “with God and with our support, we know that God will give him victory.”

He further commended Abiodun for his promise to en­sure that all the 20 local govern­ments in the state were provid­ed with graders and bulldozers, adding that the move would en­sure that more rural roads were graded across the state.

“The governor assured us that when the rain subsides, his administration will be rolling out one grader and one bulldozer to every local govern­ment and there will be massive road grading and development across the state,” he said.

Ambali, who also noted that the meeting was a further attes­tation to the genuine commit­ment, respect and relationship of the Abiodun administra­tion with workers and labour unions in the state, commend­ed the governor for sustaining the payment of gross salary to workers in the state.

“The meeting is historic, it is fantastic, it has further demon­strated the genuine commit­ment of Governor Abiodun-led administration’s respect for workers, cherished relation­ship with labour unions and the zeal to further scale up in­frastructural development at the local government level.

“On the issue of gross pay­ment of salary, the governor vowed that he is going to sus­tain the practice of paying gross salary. This had led to several industrial actions with the past administration, but the governor has approved it, he has commenced it and he will continue to do that,” he said.

Ambali, while acknowledg­ing the decision of the governor to continue to do his best with matters that had to do with workers promotion exercises, also commended Abiodun for what he has done in respect of infrastructure across the state despite dwindling finance.