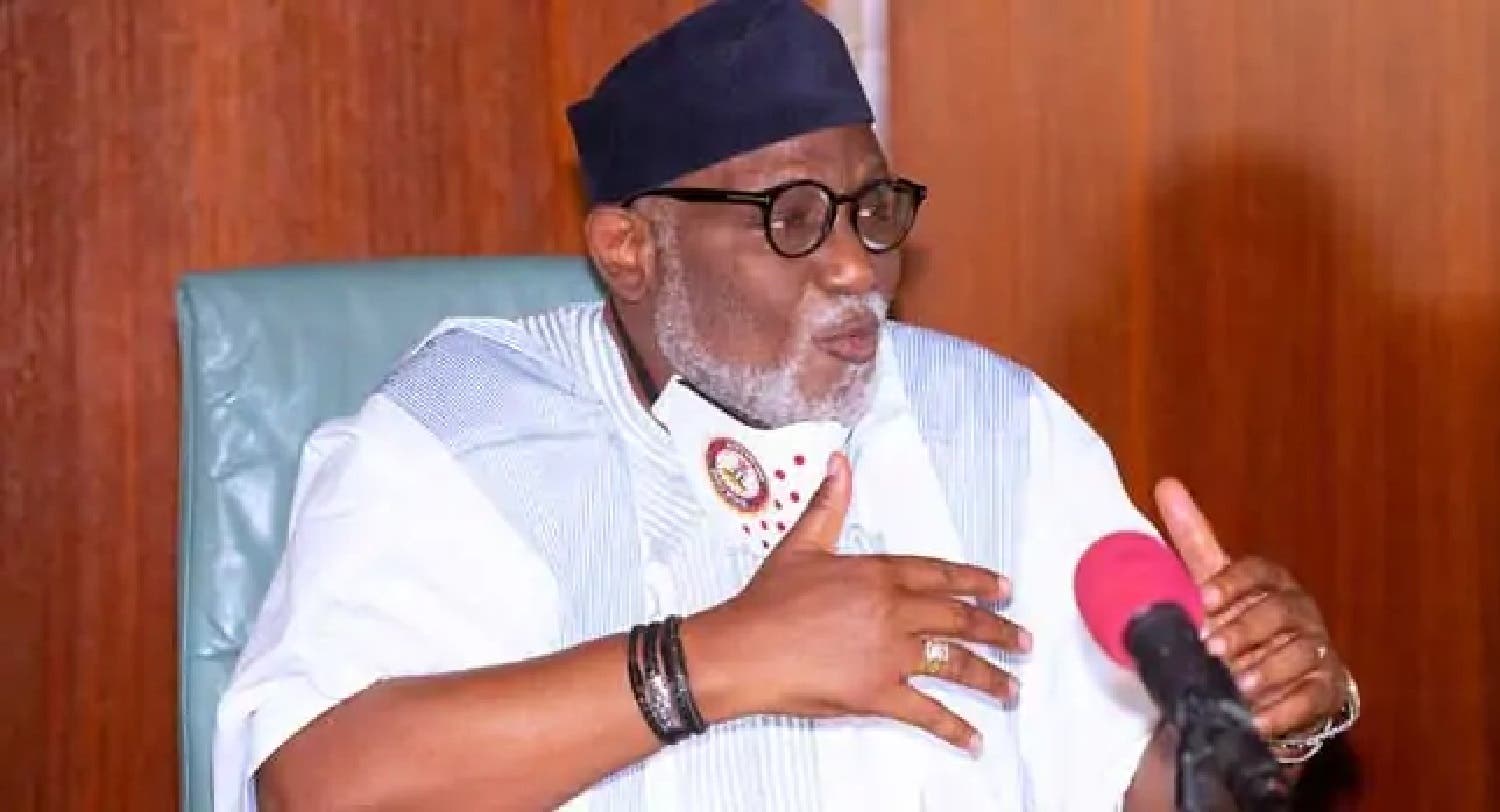 The Governor of Ondo State, Oluwarotimi Akeredolu has appealed to Christians in the country to look beyond religion and focus on the competency of presidential candidates, as regards the Muslim/Muslim ticket of the All Progressives Congress, APC.

Akeredolu, who stressed that the buck stops on the President’s table, emphasised that what is important in 2023 was to have a President from the southern part of the country.

According to the governor, the North cannot retain power in 2023 after spending eight years in office.

He said that the struggle for the President of Nigeria to come from the Southern part of the country in 2023 should not be in vain.

A statement made available to journalists in Akure, the State capital by his Chief Press Secretary, Richard Olatunde, said the Governor spoke on Sunday at the 40th Holy Ghost Convention Dinner of The Sword of the Spirit Ministries held at the International Conference Centre, University of Ibadan, Agbawo, Ibadan, Oyo State capital.

Akeredolu explained that he led his colleagues in the Southern Governors’ Forum to demand a Southern Presidency despite stiff opposition from some quarters.

The governor claimed that after eight years in government, the North cannot continue to rule come 2023.

He urged the populace to keep the possibility of electing the next President alive, especially in the South-West, where Asiwaju Bola Ahmed Tinubu, the presidential candidate of the APC is from.

Akeredolu praised Tinubu as the ideal candidate and said that he possessed the knowledge and bravery necessary to meet the nation’s difficulties.

”The North cannot produce President for eight years and still want to retain it for another eight years. It is not going to work. That is why under the Southern Governors’ Forum, where, luckily, God made me the chairman, we kept hammering on that.

I understand our feelings because I’m one of you. I am a Christian. All of us here are worried. What will be our gain, and that, why is my party, the APC throwing up a Muslim/Muslim ticket.

“It has been a real issue for all us. Even members of the party, it has been an issue for us. We have debated it, fought it and we have done so many things on it. I have always said to people, my fight was for Southern President.”