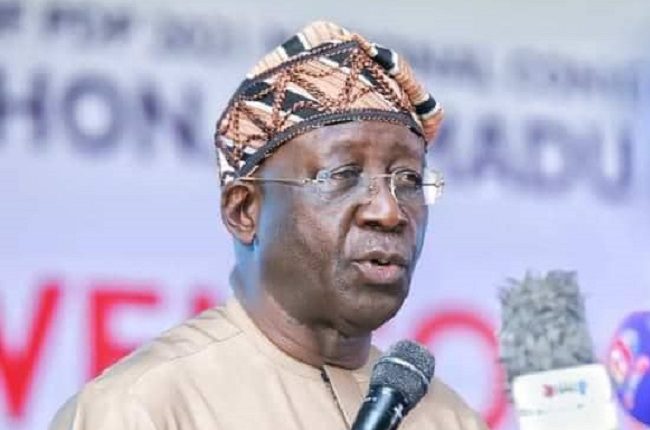 THERE is no end in sight to the internal crisis bedeviling the Peoples Democratic Party (PDP) as stakeholders from the South-West have demanded the resignation of its national chairman, Senator Iyorchia Ayu, in the interest of equity, justice and fairplay.

However, its presidential candidate, Alhaji Atiku Abubakar, has stated that their request is achievable but with recourse to the party’s constitution and laid down principles.

Governor Seyi Makinde who presented the demands of the South-West PDP stakeholders at an interactive session with the former vice president in Ibadan, Oyo State, said the myriad of problems confronting the party are surmountable but the lopsidedness in elective positions and non-compliance with the constitution and principles guiding the party’s operation must be addressed.

As a party, we must practise what we are preaching. It is all about integrity and honour, not about any individuals.

“PDP structure must reflect national unity as preached. We have the capacity to do so and a capable presidential candidate.

“Our demands as PDP in the South-West can be subdivided into pre-election and post-election demands.