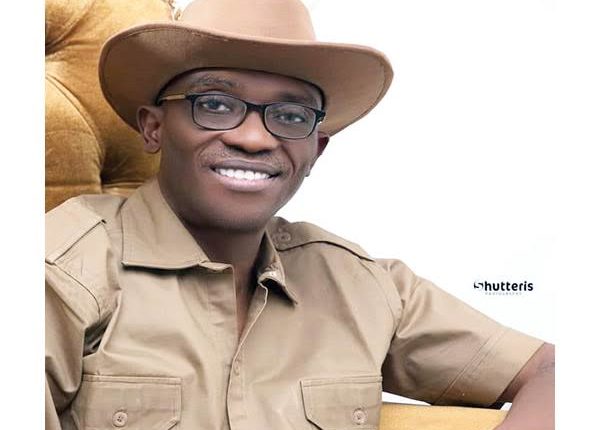 The alleged substitution of Murphy Imasuen with the former speaker of the Edo State House of Assembly, Rt. Hon. Elizabeth Ativie by the Orhiomnwon/Uhunmwode Federal Constituency Chapter of the Labour Party in Edo State as its candidate for the constituency is now causing upheaval in the party

The leadership of the constituency at a press briefing in Benin City, vowed that any attempt to change the party’s candidate, Murphy Imasuen who was duly elected in Abudu the administrative headquarters of Orhiomnwon in July 13, 2022 by undemocratic process will be aggressively rejected by the members.

Ken Omusi, the state youth leader of the Labour Party, Orhiakhi Osaigbovo and Austin Oronsaye, Orhiomnwon and Uhunmwode local governments chairmen of the party respectively, who spoke at the press briefing, however, called on the national and state leadership of the party to as a matter of urgency advised the former speaker not to parade herself as the party’s candidate for the federal constituency seat.

According to Omusi, Murphy Imasuen, was duly given the ticket to run for Orhiomnwon/Uhunmwode federal constituency during the substitution primaries held in Abudu on the 13th day of July 2022.

“It has come to our notice that the duly elected candidate representing Orhiomnwon/Uhunmwode federal constituency, Murphy Imasuen’s name was recently removed from the Independent National Electoral Commission (INEC) list in Abuja with Hon Elizabeth Ativie as his replacement.

“That Hon Elizabeth Ativie at the time of the substitution primaries was unarguably absent because she was still a card carrying member of the APC at the time.

“We boldly say without fear or favour that we will not accept any other candidate except the candidate who participated in the process and guidelines recognized by INEC.

“We demand that Elizabeth Ativie be called to order to stop parading herself as the candidate for Orhiomnwon/Uhunmwode federal constituency, an act which is impersonation and also capable of sending her to jail”, he said.

He also called on the security agencies to call on the former speaker to order as her action was capable of breaching the already existing peace in the state.

But in a shift reaction to the allegation, Elizabeth Ativie, said she had been a member of Labour Party prior to the 2007 general elections where she was a state executive member of the party in the state.

Elizabeth added that she left the party to the defunct Action Congress to support the political aspiration of the former governor of the State Adams Oshiomhole.

She disclosed that, she had since registered and rejoin the party since May this year before her official resignation from the APC

“I have always been a member of Labour Party by my profession as a retired nurse. I have been to the national leadership of the party, state chairman who handed to me a membership card”,she added.

She however urged members of the party in the constituency to exercise patience and wait for the final release of candidate’s list before raising unfounded and unnecessary alarm.

She also called on the party faithful not to allow themselves to be used by opposition parties to destabilize the party that is already gaining momentum popularity in the state.