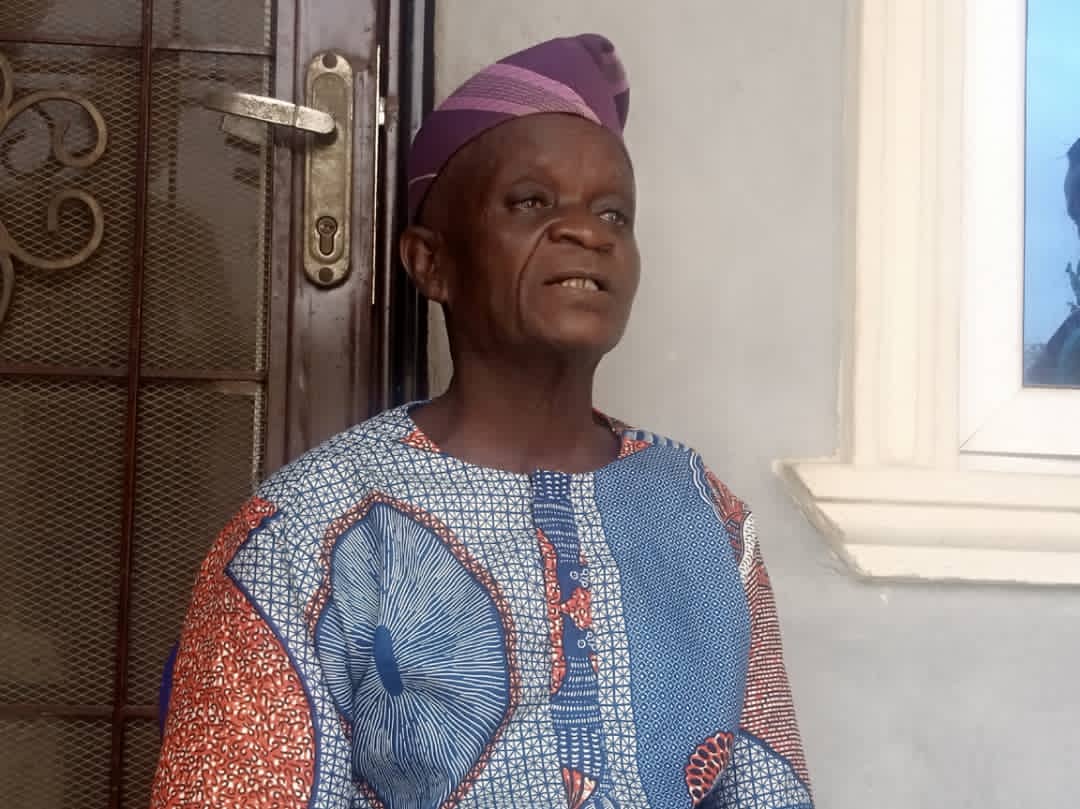 The father of Adewunmi Kofoworola Babajide, the lawmaker representing Ede North State Constituency in Osun State House of Assembly, Pa Muftau Lawal has narrated how he was almost used for ritual by his abductors.

Pa Lawal, who was abducted in front of his house at Ede over a month ago, recounted his ordeal in the hands of his kidnappers.

The octogenarian, whose son is also the Minority Leader in the Osun Assembly in an interview on Saturday in Ede, revealed that he was caught unawares when some individuals came to his house on motorcycles and started threatening to kill him.

Not long after they left, another set of people came and immediately they alighted from the motorcycle, ordered me to climb the motorcycle. I asked them where are you taking me to? One of them responded, ‘we are taking to you to meet your son, Akogun’. Because of my age, my sight is already blurry, I couldn’t see clearly as we were going. But after a while, I noticed we were on Ilesha route, because that’s my route when I was young.

“I asked again, where are you taking me to and the one behind me said ‘if you ask any question again, we will kill you here’. I stopped asking them questions. We were going on a high speed. Then, it was already dark, so I can’t see anything again.

“Later, we got to a place, there is a house there and I was asked to go inside. I met an old man with a boy, the man is a herbalist and he welcomed me. Those who carried me to the place left. I saw the herbalist as he consulted his oracle; after many incantations, the herbalist asked me if we have any deity in our family and I told him no, that we don’t have any deity but my wife family has one they do worship which is “Sango”– God of lightening. The herbalist now said, ‘I can see’ as he shook his head. Later, I noticed that he was calling those who brought me to him to come and carry me that I can’t be used.

“Those who brought me didn’t answer and I was there for weeks before they came back six days ago around 3am to carry me. As we were going in the middle of the night, I noticed that a car was coming behind us and not quite long, the motorcycle that they used to carry me stopped and I was asked to enter the car. It was the car that carried me to Lokoja in the morning.

“The car, which carried me, after getting to Lokoja, asked about any Police station to present myself to them and explain how I got there, which I did. It was there in the station they contacted some people in Osun to get my son’s phone number. They called him to inform him that I came to explain how I got to Lokoja. It was my son who arranged how I got back to Osun.”

Asked if he was attended to by the police in Osun State, Lawal said he met with the Commissioner of Police, Olawale Olokode who asked him questions and later asked one of his men to take his statement before he was asked to be taken to Ede.

The octogenarian, who lamented that all he had been burnt down, noted that the cloth he had on was the only one left.

He added that it was a police officer in Lokoja that gave him a sandal that he wore to Osun.

He also urged the Nigeria Police to unravel those behind the crisis in Ede and bring to justice those who kidnapped him.

Recall that in August, tension broke out in Ede as the Osun Assembly Minority Leader, Kofoworola Babajide was accused of inviting police officers to kill and harass members of his party, the Peoples Democratic Party (PDP) during a ward meeting in Ede.

During the fracas that ensued, two persons were reportedly shot by a police officer.

Also, during the mayhem, the Osun Minority Leader who absolved himself of being behind the killings, declared that his father’s house was razed and that he was missing.