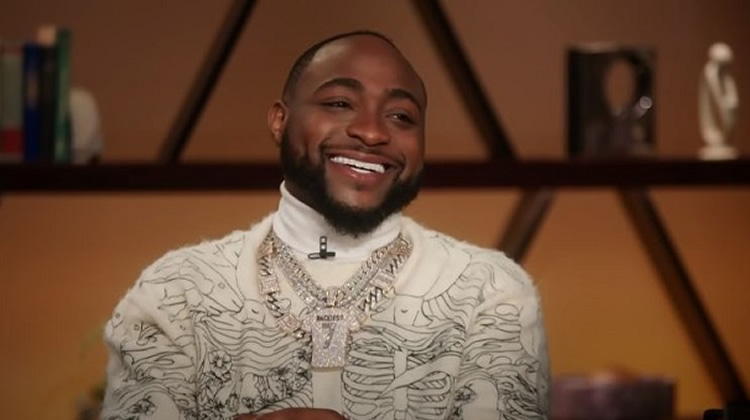 Music star, David Adeleke, popularly known as Davido, has knocked the outgoing governor of Osun State, Adegboyega Oyetola, for his claims of over-voting during the state’s July governorship elections.

In a tweet shared on Monday, Davido, nephew to Osun’s governor-elect, Ademola Adeleke, accused Oyetola of “spreading lies” and destroying his legacy as the governor of Osun State.

Davido tweeted, “You’re actually just a bad human being @GboyegaOyetola; no other way to put it. Spreading lies everywhere, destroying your legacy (not like you even have).

“It’s done and dusted. @inecnigeria, please, is there any such thing as over-voting with your new BVAS Machine? NOV 27th WE MOVE!!”.

The singer’s comments come a day after the governor-elect dismissed a post circulating on social media, stating that he admitted over-voting in his response to the petition against his victory at the July 16 governorship poll pending before Election Petition Tribunal.

In a release shared on Monday by Adeleke’s Spokesperson Rasheed Olawale, it was stated that the governor-elect’s defence was being twisted.

Olawale said the defence filed before the Tribunal dismissed Osun State Governor, Adegboyega Oyetola’s claim of over-voting in 750 polling, stressing that the over-voting was created by the incomplete data of Biomodal Voter Accreditation System based on the unsynchronised BVAS report that was used by the petitioners.

It was also earlier reported by PUNCH that a civil society organisation under the aegis of Yiaga Africa decried attempts by the current ruling party of the state, All Progressive Congress, to twist its report on the outcome of the governorship election in Ekiti and Osun States.

The organisation reacted to publications credited to the Chief Press Secretary to Governor Oyetola, Ismail Omipidan, which stated that the recently launched Yiaga Africa Election Result Analysis Dashboard report for the Ekiti and Osun governorship election “confirms” that the governor who contested on the platform of the All Progressives Congress won the election.

The statement released on Friday read in part, “We outrightly reject this assertion and categorically state that the ERAD report did not in any way suggest the winner or loser of the recently concluded June/July, Ekiti and Osun Governorship elections.

Instead, the ERAD report highlighted certain shortcomings with the Independent National Electoral Commission’s upload of results to the INEC Results Viewing Portal and recommendations for improving the process ahead of the 2023 elections.

“The ERAD report corroborates the PVT findings contained in the report on the Ekiti and Osun governorship elections released on August 27 2022, which clearly revealed that the results announced by NEC in the Ekiti and Osun election were consistent with votes cast at the polling units.”