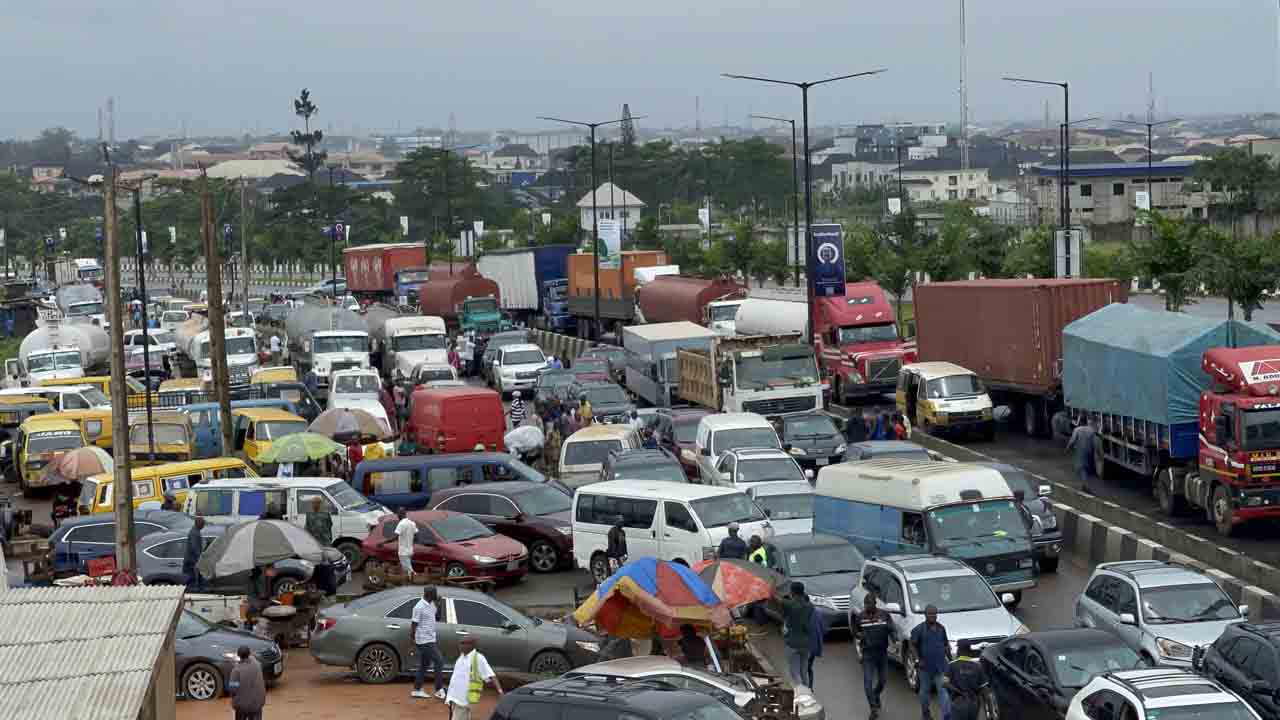 Travellers are currently at the receiving end as the National Association of Nigerian Students (NANS) barricades roads leading to the Murtala Muhammed International Airport, Ikeja, Lagos.

The protest is in continuation of their demands to end of the ongoing industrial action by the Academic Staff Union of Universities (ASUU).

The action of the students who defied the heavy downpour, caused gridlock, leaving many travellers stranded and alighting from their vehicles to trek to the airport.

The students carried placards chanting Aluta songs to express their displeasure over the actions of the Federal Government.

Meanwhile, Police from the Lagos State Police Command is on the road to protect and maintain order.

Also, despite the ordeal, the travellers commended the students for coming out.