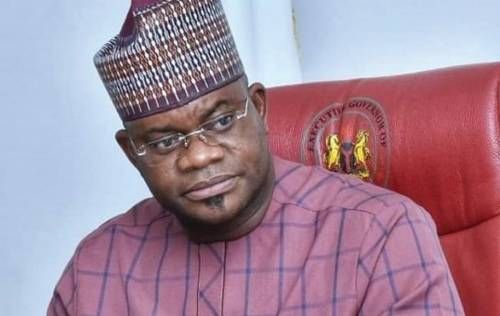 The Nigerian Youths groups numbering over 300 under the aegis of Presidential Support Council has rejected the appointment of the Kogi state Governor, Yahaya Bello as National youth Coordinator of APC Presidential Campaign Council.

Recall that the APC Presidential candidate, Bola Ahmed Tinubu had approved the appointment of the Kogi State Governor, Yahaya Bello to led the Nigerian Youths into the Presidential Campaign.

National leader of the youths groups, Dr Kassim Muhammad who address a press conference yesterday in Lafia said that Kogi state Governor Yahaya Bello is already a serving Governor, having contested the Presidential ticket of the party should be given a higher role in the campaign to pave way for upcoming youths to also contribute their quota to the Presidential Campaign Council.

Kassim, a former member of Nasarawa State House of Assembly who queries the future of the youths in the party explained that God has blessed Yahaya Bello to become Governor at youthful age, and he don’t need to lead the youths again, by virtue of his position as a serving Governor, he should be given a higher role or a different position in the campaign to pave way for other capable Youths.
“There are capable youths within the party that have the capacity and capability to handle that position in the Presidential Campaign Council, as that would have given Nigerian Youths a better hope in the incoming APC administration under Bola Tinubu

“We recognize the antecedents of Bola Ahmed Tinubu to grow and develop Youths, he has done it to several youths across the country who are today great men and women in the country doing well in their various endevours.

But he needs to reassure the youths of such development again through the constitution of the Presidential Campaign Council which should be a demonstration that the Nigerian youths have hope in his presidency. But appointing a serving Governor into a position that should be occupied by ordinary youths is unacceptable.

He said that Governor Yahaya Bello is too big for such a role and such appointment should be reconsidered, the party and it’s presidential candidate should give youths the assurance that their government will be that of inclusivity and the only way to do that is to ensure that a youth is given such position.

Dr Kassim explained further that in 2021, he led a group of youths across Nigeria to a National Youth Summit in Abuja where National Youth Commission was advocated to give Nigerian youths a special recognition.

“A bill to that effect was later sent to the National Assembly and after 2nd reading, the federal Ministry of youths through the permanent secretary went there to kill the bill on the simple reason that it will contradict the department of youth in the ministry, which was not true and we were not even invited for public hearing of that bill”