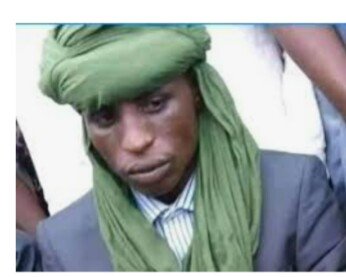 A ‘violent clash’ has broken out between two opposing terrorist groups: Turji’s fighters and Dan Bokolo fighters. The two are terrorist commanders.

Information reaching us said that the face-off between Turji’s group and that of Dan Bokolo started on Sunday, and could however, not be ascertained at the time of filing this report if there are casualties.

A local source in Zamfara, with vast knowledge of terror groups in the State, said that the violent altercation between the two criminal gangs is as a result of recent attacks on Zamfara communities.

The source said that although Dan Bokolo’s group has been launching attacks on Zamfara residents and villages, making to look as if it is the handiwork of Turji and his ‘boys.’“That is why Turji and his group are fighting Dan Bokolo. They claimed that Dan Bokolo is responsible for recent attacks in the State, but he is hiding under the guise of Turji’s camp to perpetrate his evils.

“At the moment, Turji is angry that Dan Bokolo’s activities are responsible for last Saturday’s air raid by military jets at his residence in the Fakai area.

“For more than a month now, Turji has been protecting the communities around Shinkafi and even attacking non-repentant bandits. The bad guys are spoiling his name.”
Scores of bandits loyal to Turji were killed during a ‘surprise raid’ by the air troops of Operation Forest Sanity in Zamfara on Saturday.

The ‘surprise attack’ of the military troops was carried out by two Nigerian Air Force (NAF), fighter jets. According to a source, the NAF jets rained missiles at the Fakai area, believed to be the residence of the dreaded Turji, as part of the military counter-offensive operation currently going on in the Shinkafi axis, killing plenty of Turji’s terrorists.