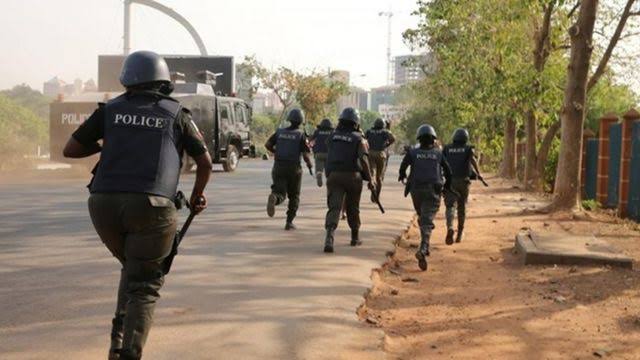 Three officers of the Nigeria Police Force have been abducted by armed men in Ogun State.

According to The Punch, the incident happened in broad daylight on Thursday, September 22, 2022.

It was gathered that the gunmen abducted the policemen around Wasinmi, in Ewekoro Local Government Area of the State.

The Punch reports that the kidnapped officers were deployed from Zone 2, Onikan in Lagos State to Ogun State, for an investigation.

It was also learnt that the security personnel were duly booked at the police division in Wasinmi before they left for their place of primary assignment.

A police source disclosed that Inspector Oladipo Olayemi led the tea of three that were kidnapped on the road by their abductors, who allegedly accosted them at about 2:30 pm on Thursday.

The Ogun State Police PPPRO, Abimbola Oyeyemi, confirmed the incident, saying; “People were kidnapped, but only one policeman is involved.

“We are on the trail of the kidnappers. Do you think we are going to keep quiet? We will get them and rescue the victims unhurt”.

Still on security matters, the Nigeria Police Force recently dismissed Opeyemi Kadiri, a police corporal, who was captured in a recent viral video assaulting a young man in Lagos State.

In the footage, the armed officer was having an exchange with the victim who challenged him for forcefully searching his phone.

A statement released by Force Spokesperson, Prince Olumuyiwa Adejobi on Friday, said Opeyemi was dismissed after an orderly room trial at the Nigeria Police Force Headquarters in Abuja.