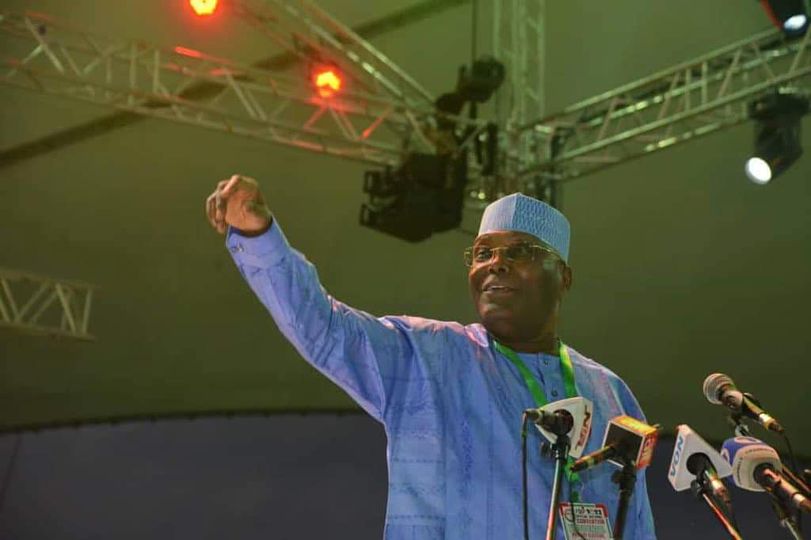 Atiku Abubakar, the Presidential Candidate of the Peoples Democratic Party (PDP), said he will ensure Nigeria is unified in 2023.

Atiku stated this on Thursday when he inaugurated a 10-lane 9.5 Kilometres road built by Gov. Udom Emmanuel of Akwa Ibom.

Atiku who inaugurated the project in Uyo, as part of activities to mark the 35th anniversary of the State’s creation, said he is confident of PDP’s victory in 2023.

Atiku, represented by Ahmadu Fintiri, the Governor of Adamawa State, said that PDP would recapture Nigeria and place it where it belongs.

“We will continue to ensure that we win the 2023 elections so that we can recapture our beloved country and place it where it rightfully belongs in the comity of nations.

“We will ensure that the entire country is unified, from North to South for its betterment so that together, we can enjoy,” Atiku said.

He maintained that Akwa Ibom, alongside other South-South states, was the home of PDP.

Atiku called for relentless support for the PDP to enable the restoration of peace through the return of the PDP to the saddle, saying that the crises in Nigeria were artificial.

He added that there were capable hands in the PDP ready to help redeem the country and asked for prayers for the party.

Atiku lauded Gov. Emmanuel for his foresight and vision in executing laudable projects.

Through Gov. Emmanuel, Akwa Ibom has become a hub for aviation, a hub for infrastructure, a hub for healthcare delivery.

Above all what has endeared me to him is that he is making Akwa Ibom a hub for agriculture in Nigeria, not to talk of the industrialization that he is doing,” Atiku said.

He said the projects of the governor were very exceptional and capable of attracting investors to the state.

In his remarks, Emmanuel said the project came with 5.4 Kilometres underground drainage tunnel and three roundabouts of which two had rainbow water fountains.

He hinted that the road was divided into two, and had the portion from Oron road to Nwaniba road named after former Governor, Idongesit Nkanga.

He noted that the stretch from Oron road to Aka road was named after former Governor of old Cross River, late Clement Isong.

The governor appreciated all for the solidarity and said it was a sign that PDP was getting stronger.

In his goodwill message, former Senate President, Bukola Saraki said he was proud to share in the history.

Saraki stated that Gov. Emmanuel’s performance in the office suggested that Nigerians needed PDP to have the country restored.

Aminu Tambuwal, the Governor of Sokoto State, said he had been part of history in Akwa Ibom on several occasions and was proud to be part of the historic unveiling of the 9.5km road.

Earlier, Prof. Eno Ibanga, the Commissioner for Works, commended the governor for the wisdom in executing the project to the admiration of all who had previously expressed doubts.