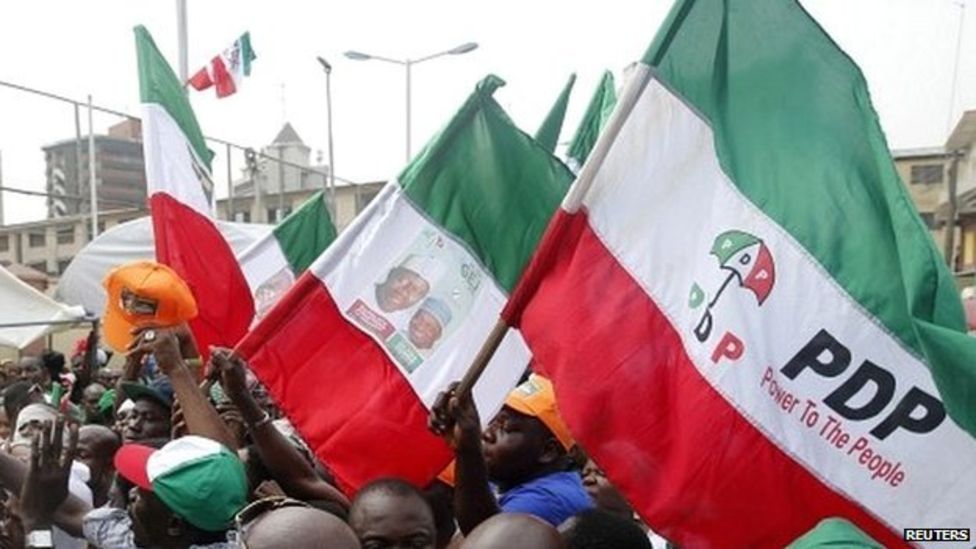 Youth Leaders of the Peoples Democratic Party (PDP) in Ogun, Lagos, Ondo and Ekiti States have rejected calls for the resignation of the National Chairman of the party, Iyorchia Ayu, by some leaders of the party.

DAILY POST reports that the Governor of Rivers State, Nyesom Wike, his Oyo State counterpart, Seyi Makinde and others have insisted that Ayu must resign so that a southerner could replace him.

The PDP governors are of the opinion that with the emergence of Atiku Abubakar, a northerner, as the presidential candidate of the party, the National Chairman must be a southerner.

On Friday, the South West Zonal Youth Leader of the party, Seyi Bamidele, had aligned with Gov Makinde’s position, saying Ayu had become unfit to continue in office as the PDP National Chairman and must step aside.

But, the PDP Youth Leaders in the other South West States disowned Bamidele on his call for Ayu’s resignation, saying he issued the statement without consulting them

The PDP State Youth Leaders in Lagos, Ondo, Ogun and Ekiti had in a statement on Saturday stated unequivocally that, “we were not consulted, informed or aware of the release made on Friday by Mr Seyi Bamidele,” concerning the state of the party.

According to the statement signed by Folorunso Ekundayo (Ondo); Olasunkanmi Oyejide (Ogun); Donald Amerijoye (Ekiti) and Agboola Abdulfatai (Lagos), it was stated categorically that “the entire nation is waiting for the PDP” and everything must be done not to scramble the hope of the nation.

The youth leaders implored the chieftains of the PDP to embrace peace and find a common ground for meaningful engagement in the interest of the nation.

While opining that the party must go into the 2023 general elections as a formidable and virile opposition party, they reiterated that, “the State PDP Youth Leaders in the South West region are fully behind the candidature of the party’s presidential candidate, Alhaji Atiku Abubakar.”

They emphasised that, “We also pass a vote of confidence on the Iyorchia Ayu-led National Working Committee (NWC) of the party.”

Meanwhile, the youth wing of the PDP in the South West region has resolved that efforts would be put in top gear to ensure victory, by mobilising the critical sectors for the party at all levels in the 2023 elections.