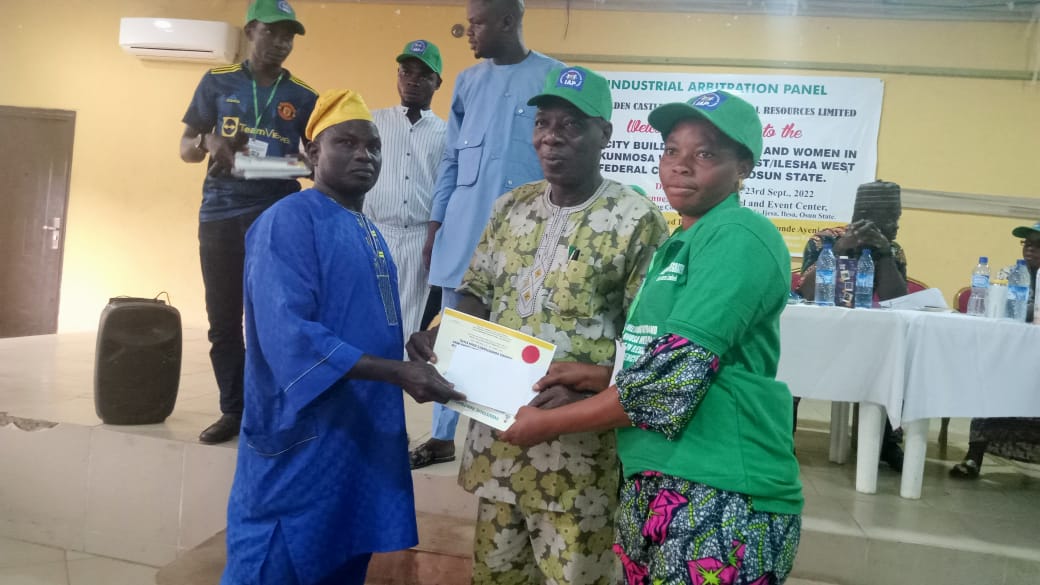 Lawmaker representing Ijesa south federal constituency at the Federal House of Representatives, Hon. Babatunde Ayeni on Friday said helping the poor was his reason for existence.

He made this known at the monthly edition of the L.B Foundation’s empowerment/graduation ceremony programme held in Ilesa, Osun State.

At this month edition of the empowerment programme, no fewer than 100 youths and women successfully completed a three day capacity building training.

Those who took part at the training were youths and women drawn from Atakunmosa East, Atakunmosa West, Ilesa East and Ilesa West Local Governments.

Speaking at the closing ceremony of the training event, Ayeni said the purpose of the entrepreneurship training was to reduced the rate of unemployment and poverty in the state noting that it will give the beneficiaries the opportunity to be self independent in their various homes through the knowledge acquired during the training.

He said the empowerment has nothing to do with his political ambition, adding that the beneficiaries were picked from the constituency regardless of their political or religious afflictions.

“In the face of the recent global economic depression, youths and women must be trained to be their own boss. We must work to shift our over dependence on government for jobs.

“The empowerment has nothing to do with my Political ambition. For more than two decades now, my foundation , LB Ayeni Foundation has been empowering people.

“Before October, I will also carry out another empowerment. As I promised my people, even if I retire from politics, my foundation will still be empowering people. I have many things in my plan.”

He, however, urged his constituents to continue to support him, saying the only way to reciprocate the gesture was for them to support his political ambition.

He also urges all the beneficiaries to make judicious use of the training and make sure they commence production of these items immediately.

Appreciating the lawmaker, one of the beneficiaries, Adegbayi Iyabo, thanked Honourable Ayeni for the good gesture, promising that they would resprocate the gesture by supporting the lawmaker’s political ambition.