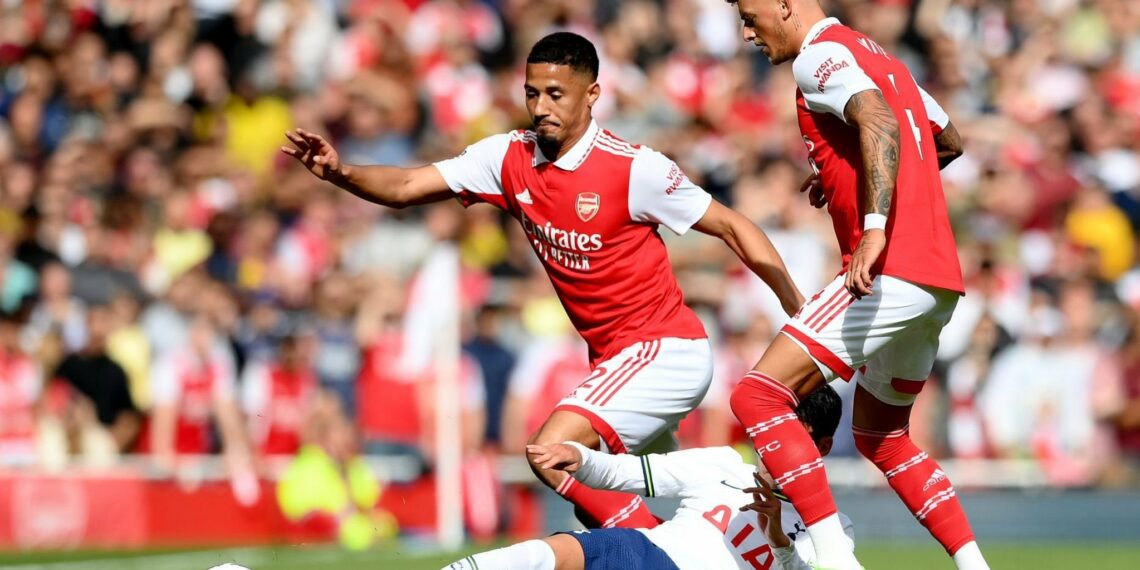 Arsenal showed on Saturday that they have come of age as they romped to a 3-1 win over their fierce North London rivals to keep their top spot on the Premier League table.

Thomas Partey shot the Gunners into the lead in the 20th minute, but Harry Kane was on hand to restore parity from the penalty spot moments afterward.

That goal took Kane’s tally to 100 away goals in the Premier League and his 44th in London derbies, usurping Thierry Henry.

While it was all even at 1-1 at halftime. The hosts had a better showing in the second half where goals from Gabriel Jesus and Granit Xhaka saw the Gunners cruise to an emphatic victory.

Arsenal had a very good start to Saturday’s early kickoff as they dominated the ball possession but against the run of play, it was Spurs who almost took the lead in the 15th minute Son Heung-min’s free-kick in from the right was poked on by Eric Dier, but Richarlison’s shot was excellently saved by Aaron Ramsdale.

Arsenal then broke the deadlock in the 20th minute through their Ghanaian midfielder. Saka, with two men on him, passed infield to Ben White, who laid it off to Partey who curled a beauty into the top corner to leave Hugo Lloris flailing as Arsenal deservedly went in front.

The goal led to a further period of Gunners’ dominance of possession but on the half-hour mark, Spurs with their first shot on goal were level. Kane got his 14th goal of the season; dispatching a penalty after Richarlison was brought down in the box by Gabriel Magalhaes.

The equaliser gave Spurs confidence and led to their first sustained period of possession in the match. Kane forced Ramsdale into action from a header.

While it remained 1-1 at halftime, Arsenal were back in front through Gabriel Jesus three minutes after the restart, following a Lloris howler.

Arsenal always looked like the most likely side to extend their lead, which they did after Spurs were reduced to 10 men.

Arsenal are top of the Premier League with 21 points from eight matches, four ahead of second-placed Manchester City, while Spurs are still third with 17 points.