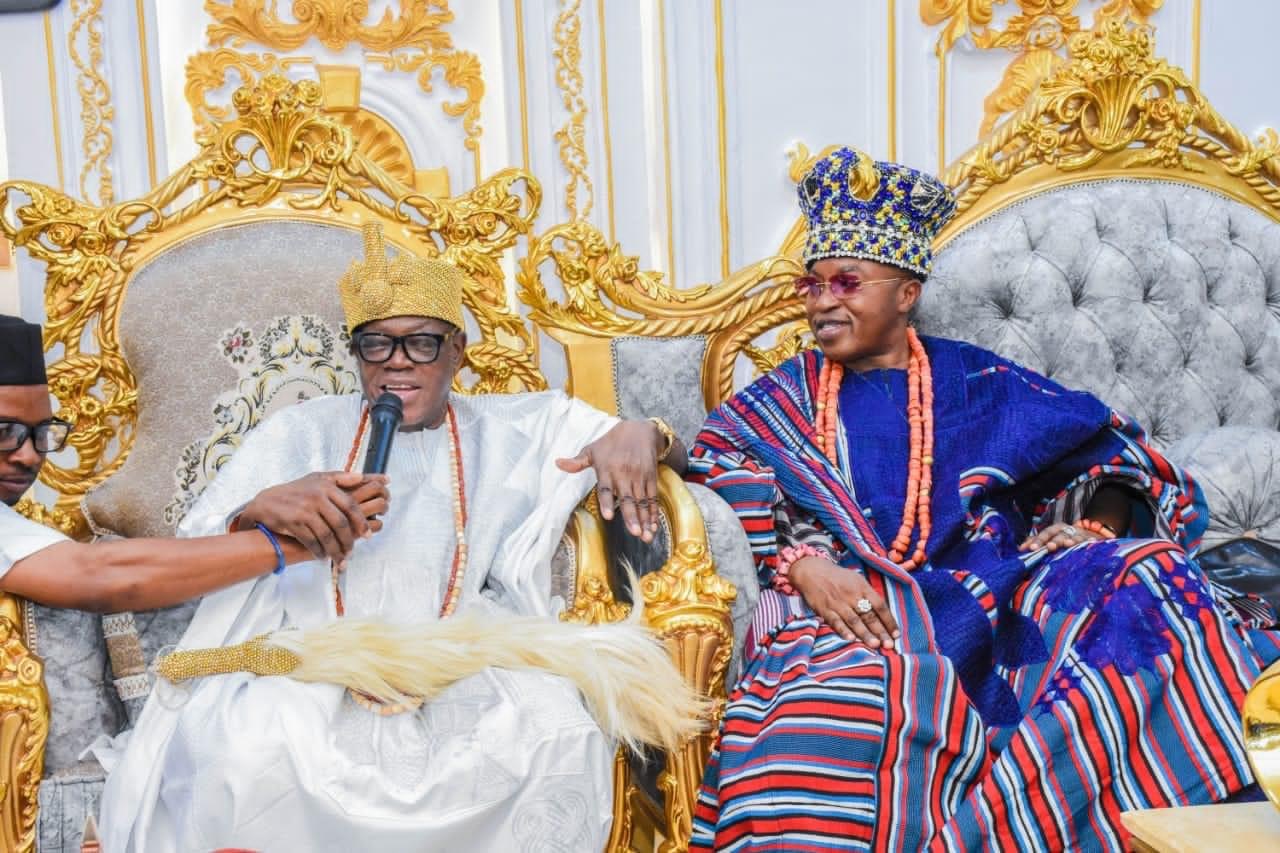 Oluwo of Iwo land, Oba Abdulrosheed Akanbi, on Tuesday, hinted that all necessary arrangements had been concluded by the Oyo and Osun state governments to commence with the reconstruction of the Iwo-Osogbo-Ibadan road next week.

The monarch who made this known while welcoming the Olubadan of Ibadan land, Oba Mohood Olalekan Ishola Balogun who was on a courtesy visit to his palace, expressed optimism that, with the reconstruction of the road, the rapid growth of the state economy would be booming day by day.

The royal father added that he had the belief that, after the completion of the project, trading activities and other commercial transactions between indigenes and inhabitants of the two sister states would be deeper while bumper harvest would be recorded at the end of the day.

I am glad that my eyes are seeing this. You cannot separate Iwo and Ibadan, we are both paramount rulers. There are so many Iwo indigenes who are Baales in Ibadan and with the reconstruction of the road, our relationship would be more cemented.

“Africans are not used to these white men’s way, we are used to, Our own traditional system of government should now be well embraced. This is the new era of kingship, we are preparing kings for the future because of the future of our race. The future of the black men will be ruled in a traditional way,” he submitted.

APPARENTLY to whittle down the influence of the Academic Staff Union of Universities (ASUU) and ensure that it no longer retains the power to cripple academic activities in Nigerian universities, the Federal Government…….