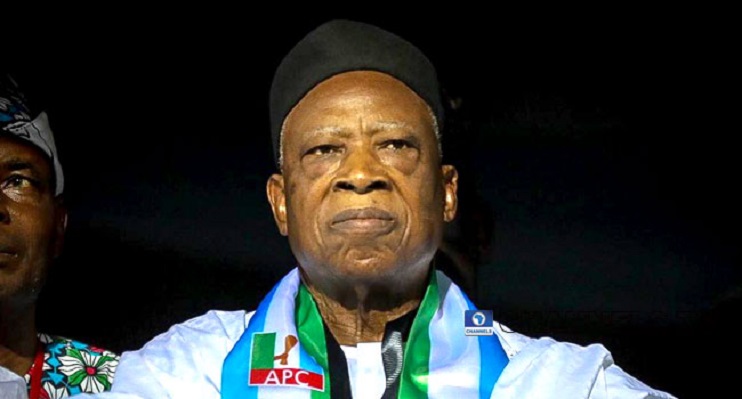 The All Progressives Congress (APC) has said the party is not ready for the presidential election campaign, which began on the 28th of September.

The National Chairman of the party, Abdullahi Adamu, stated this on Wednesday, after a closed-door meeting with some Governors of the party.

Some of the governors who attended the meeting include Simon Lalong, Plateau State Governor, who is also Chairman of the Northern Governors’ Forum and Director General of the APC PCC; Abubakar Atiku Bagudu, who is the chairman of the PGF; Rotimi Akeredolu (Ondo), Abdullahi Ganduje (Kano), Abubakar Badaru (Jigawa), Sani Bello (Niger), and Abdullahi Sule (Nasarawa).

Addressing newsmen after the meeting at the party’s headquarters in Abuja, Adamu said APC will not be stampeded into the campaign, pointing out that “whatever you want to have so much in a hurry you may” lose out.

He added that “The fact of the matter is, we as a party, as APC, will determine when we will do what as long as it is within the framework of INEC’s guidelines.

We are very very comfortable, we have established machinery for resolving anything. We are together with the governors’ forum and NWC. I believe this meeting we had is more than useful to us. For us, nothing short of victory and that is the spirit of this meeting.”

Bagudu added that the essence of the meeting was to strategise the campaign of the party.

He noted that the National Chairman of the party briefed the few governors who attended and they were satisfied with the development.

“We are happy that we are discussing even though there were lists that were unfortunate that the campaign (council list) which the party would have announced “was full of mistakes but I am happy that the party is solidly behind our candidate and our party and whatever lists that have come out erroneously, we believe it will be sorted out.”