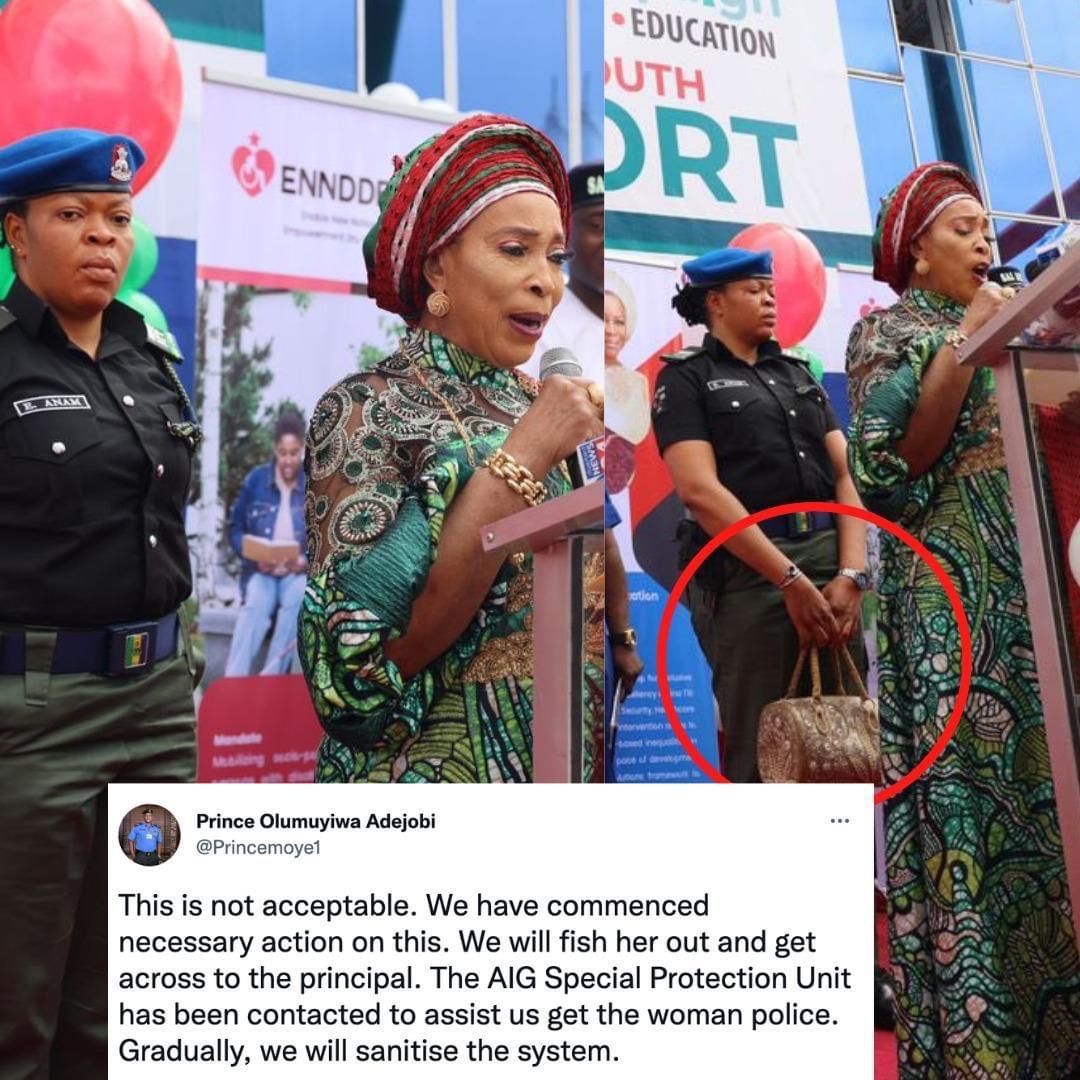 The Nigeria Police has knocked the action of a yet-to-be-identified policewoman, who was carrying the handbag of Titi, the wife of the presidential candidate of the Peoples Democratic Party, Atiku Abubakar.

Mrs Abubakar on Wednesday unveiled a women-focused initiative in Abuja and her husband shared photos from the event, which showed her orderly standing with a handbag behind her.

When a tweep brought the attention of the police to the incident, the Force Spokesman, Olumuyiwa Adejobi, faulted the action of the policewoman and said appropriate sanctions would be meted out. 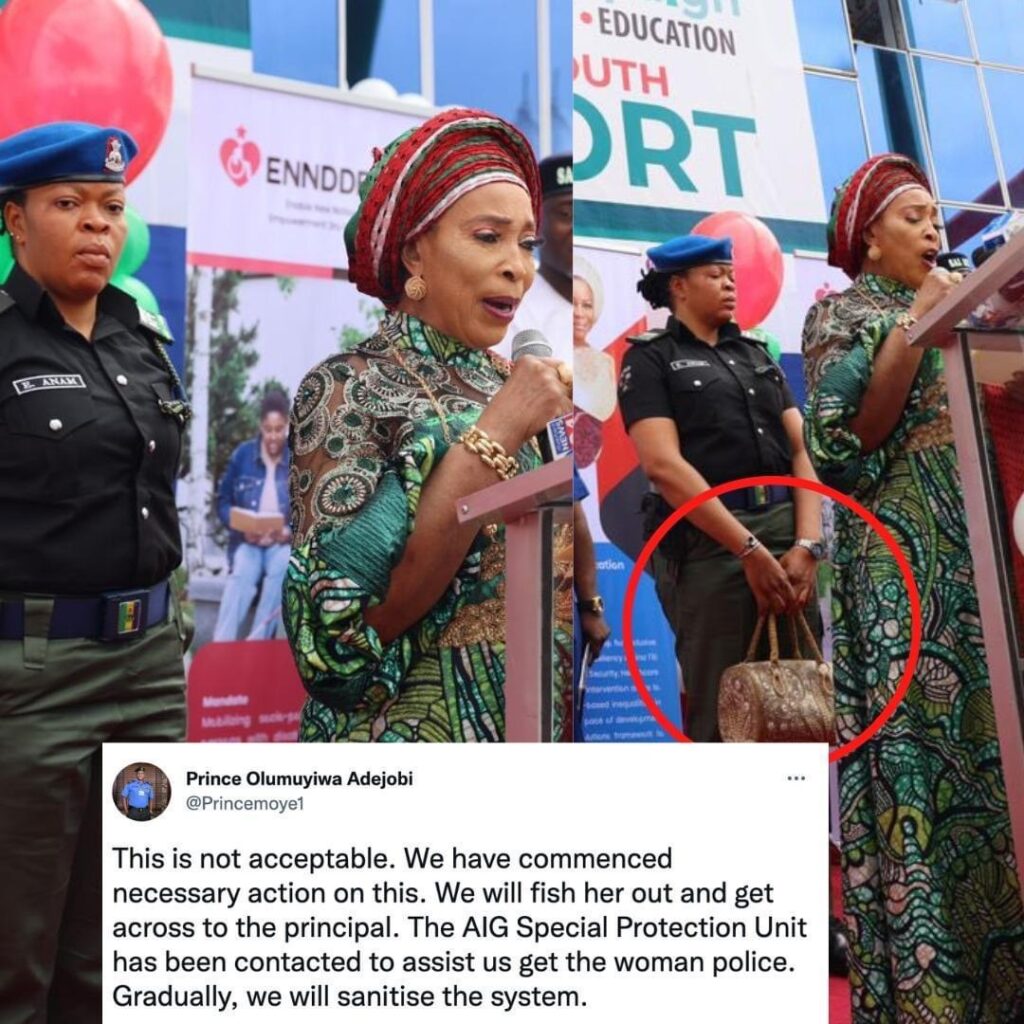 He said, “This is not acceptable. We have commenced necessary action on this. We will fish her out and get across to the principal. The AIG Special Protection Unit has been contacted to assist us get the woman police. Gradually, we will sanitise the system.”

Responding to another tweep, Adejobi added, “To us in the police, it’s an absurdity and should not be allowed to continue. To you, it might not be serious but to us, it’s serious for many reasons some of which are known to you as well. We don’t need any sentiment if at all we are serious about reform.

“My brother, this is bad for an orderly to carry bag for her madam, more so that the madam is not a service(sic) police officer. How does she defend her if there is any attack on her?”