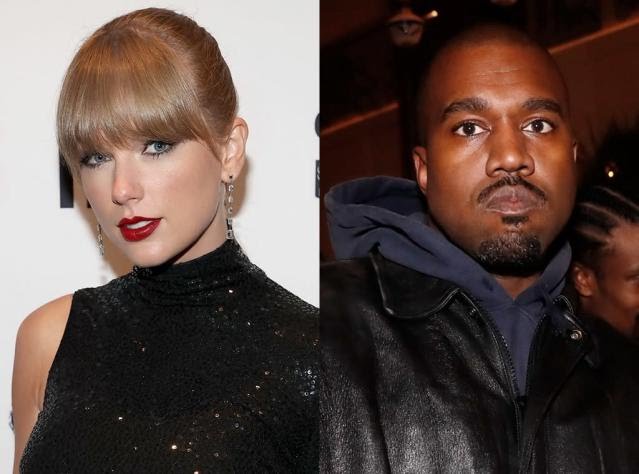 As part of her TikTok series teasing the tracks from her upcoming album, Midnights, Taylor Swift unveiled (at midnight, of course) on Oct. 6 that the song title for Track 11 will be called “Karma.”
And the singer’s fans quickly theorized online that every aspect from the title down to the timing has everything to do with the current drama surrounding Kanye West.

ICYMI, Kanye—whose feud with Taylor stretches all the way back to the 2009 VMAs—has recently made headlines in the wake of debuting his controversial line of clothing during his Yeezy Season 9 fashion show.

And since Taylor has long been known to be the queen of Easter eggs in her music, her fans have seemed to connect a few dots between the two.   As for what those are? Well, let’s fill in the blank spaces.

Coincidence? I think not.”   As a refresher, their feud was reignited in 2016 after Kanye name-dropped Taylor in his 2016 song, “Famous”—with the two disagreeing over whether she knew the exact words he would include on the track.  But that’s not all.

Another even pointed that the track number may also lead back to an important previous song of hers: The song, “Innocent,” from her 2010 album, Speak Now, which came right on the heels of their VMAs incident.

As for whether there’s actually truth to the theory? Well, fans know all too well that they’ll just have to hang on tight for any possible answers in the future.