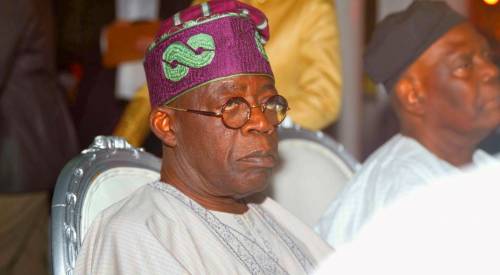 A former Minister of Works, Senator Adeseye Ogunlewe, has said that the health status of Bola Tinubu, presidential candidate of the ruling All Progressives Congress (APC) for the 2023 election “will not matter much because what is important is the team he will assemble”.

Naij Info reports that the health status of Tinubu, 70, has been a major talking point in the build-up to the 2023 presidential election, especially as he has frequented abroad in the past few months.

But Ogunlewe, a chieftain of the APC, said Tinubu’s choice of cabinet members will go a long in determining the success of his administration if he becomes president.

“No matter how good Muhammadu Buhari’s intentions are, the cabinet is not performing to his satisfaction. That is why we have these problems we have today. So, Tinubu’s health will not matter much because what is important is the team he will assemble together,” Ogunlewe told Daily Independent.

“He must choose the best for the country because the people he appoints into his cabinet will be the ones that will drive these developments we are talking about.

“He must look for the best brains anywhere in the world and bring them home to salvage the country”.

“The team must be cerebral. Don’t bring in former governors as ministers. They are too rich to work.”