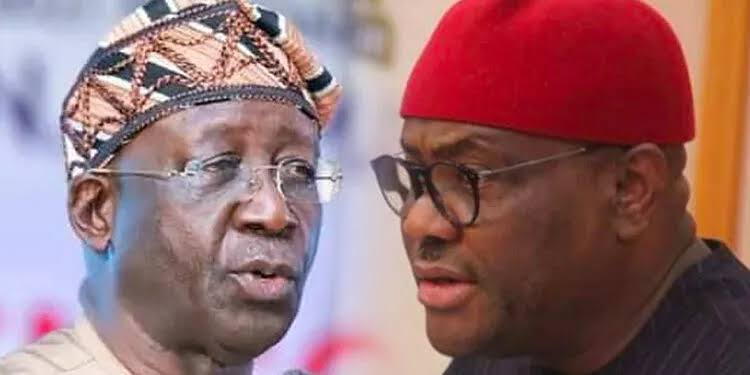 The Board of Trustees (BoT) of the Peoples Democratic Party (PDP) has banned Rivers State Governor, Nyesom Wike, and other party leaders, from making further inflammatory remarks or granting press interviews, on the crisis rocking the party.

This is just as the PDP National Chairman, Iyorchia Ayu said the allegations against him by Wike were false.

A six-person Special Committee headed by acting Chairman Senator Adolphus Wabara had been formed by the BoT with the mission of visiting and pacifying enraged party members.

Members of the BoT gathered on Friday to make a decision regarding the ongoing crisis, and the committee’s report was presented to them. Ayu belongs to the BoT.

In a statement read out at the conclusion of the meeting, Aminu Waziri Tambuwal, the Chairman of the PDP Governors’ Forum and the Governor of Sokoto State, was urged by Wabara to hold a meeting of the governors as soon as possible.

Nevertheless, it counseled “all the party leaders to match words with deeds and, where commitments are made, to unconditionally fulfill same.”

The communiqué urged the National Chairman to “provide a solid promise that he would depart from his office after the 2023 elections, as an eminent leader.”

The BoT Chairman has been given permission to apologize on behalf of all members who feel defamed or retaliated against by public statements made by party members around the nation, which have exacerbated the divisions that now exist inside the party.

The BoT also requested that Atiku reconsider the selections of the campaign council members and other advisory appointments to ensure their inclusivity.

The communiqué continued, “The BoT will bring some of these recommendations to the NEC of our party for note and appropriate action in due course.”

Ayu, who spoke for the first time since the party crisis changed course, denied the governor of Rivers State’s claim that he received N1 billion from a presidential candidate.

In order to rehabilitate the Peoples Democratic Institute (PDI), a training arm of the PDP, Wike said that the National Chairman had received N1 billion from a presidential candidate in Lagos and N100 million twice, from an unnamed PDP governor, as well as from the National Working Committee (NWC).

However, the National Chairman outlined the finance issues the party faced when the current NWC took office..