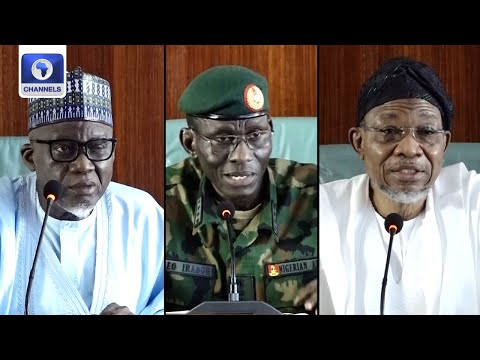 The Federal Government has ordered the reopening of the Obajana cement plant shut by the Kogi State Government last week.

Minister of Interior, Rauf Aregbesola, made this known on Friday at the end of the National Security Council.

The Kogi State Government and Dangote Group have been at loggerheads over the ownership of the Obajana Cement Company.

However, the minister said, “The council noted the development in Kogi and has ordered the reopening of the cement factory that is closed down and has advised that all issues related to that industry or factory should be resolved in accordance with the law, legally.

“Nobody must take the law into their own hands, either as a government or an individual. We are committed to guaranteeing and providing employment for Nigerians, whatever will hinder that or impede that must be discouraged.

“So, in that regard, the cement industry in Obajana must be reopened and all issues that are in dispute should be resolved legally,” Aregbesola said.

Similarly, the Minister of Police Affairs, Maigari Dingyadi, said “amicable solution has been reached to bring to an end this unfortunate development”.

“An agreement has been reached between the Kogi State Government and the Dangote Cement in Kogi on the need to reopen the factory and ensure that peace is restored in the state,” he noted.

Meanwhile, Africa’s richest man, Aliko Dangote met with the Kogi State Governor, Yahaya Bello on Friday but there appears to be no end in sight to the controversy surrounding the legitimate ownership of the cement plant.