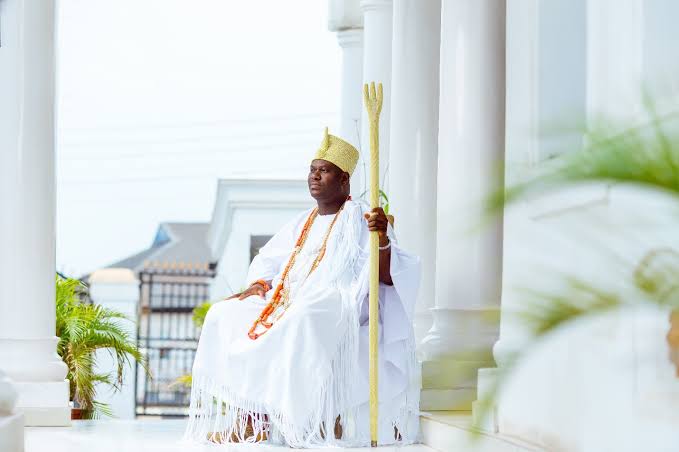 The Ooni of Ife, Oba Adeyeye Ogunwusi and Olori Princess Aderonke Ademiluyi, have tied the knot.

The wedding, which is the monarch’s fifth in less than two months, held on Thursday, October 20, 2022 at his palace in Ile-Ife, Osun State.

This comes five days after he married his fourth wife, Princess Ashley Adegoke, on October 15.

As with his previous weddings, the Ooni was nowhere in sight. Instead, he was represented by the royal guards, maids, palace chiefs and royal staff.

According to reports, Princess Ademiluyi has known the King before he ascended throne in 2015. The London trained lawyer is a very well known entrepreneur who shuttled between the UK and Nigeria, among other things.

The monarch is also set to marry his sixth wife, Princess Temitope Adesegun, in a matter of days.