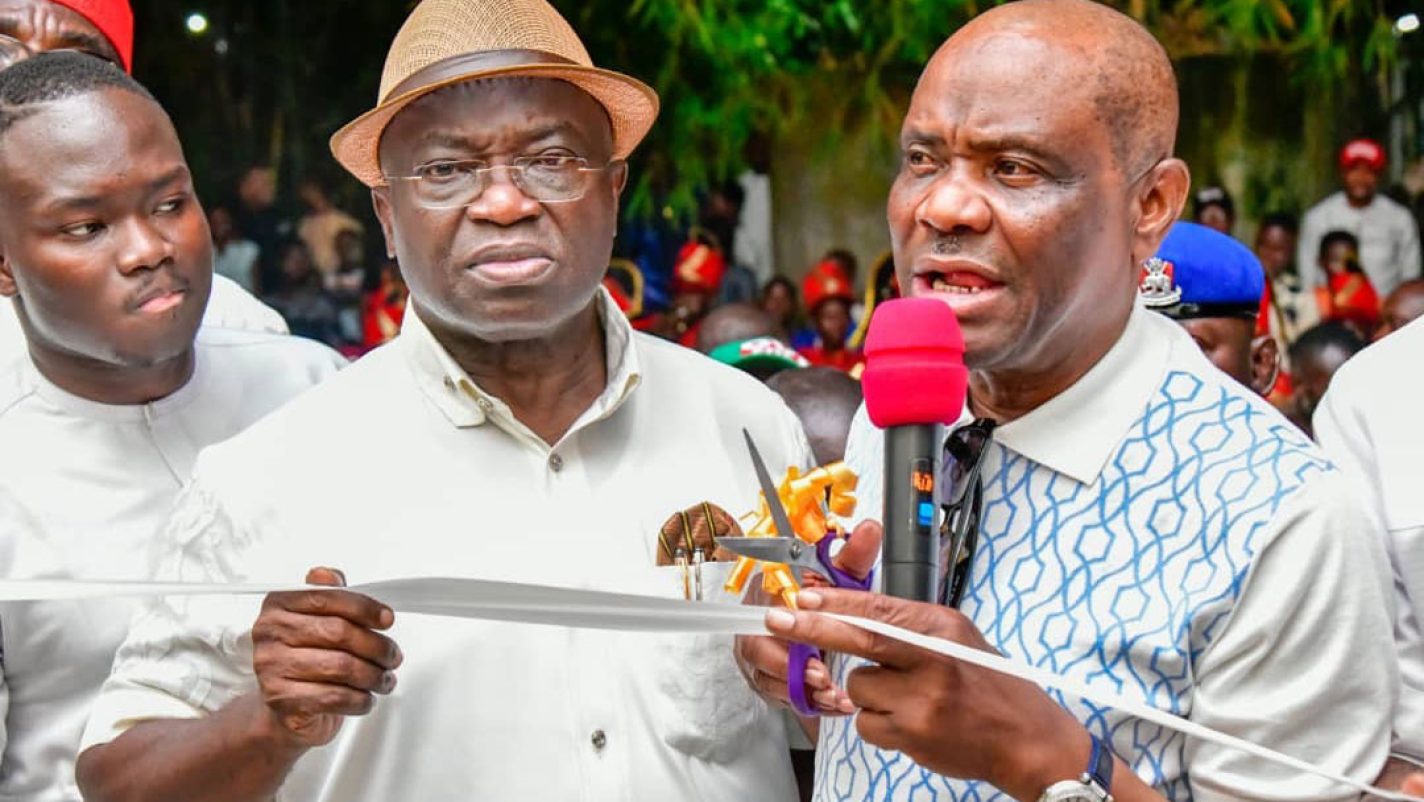 Wike claimed the motive was to punish Governor Samuel Ortom and Governor Okezie Ikpeazu for supporting his demand for the resignation of the National Chairman of the Peoples Democratic Party (PDP), Senator Iyorchia Ayu.

He spoke at Ikpeazu’s 58th birthday celebration in his country home at Umuobiakwa community in Obingwa Council of Abia State on Tuesday.

Wike, in a statement by his media aide, Kelvin Ebiri, said the CBN loan is a facility designed to be available to every state of the Federation. According to him, Rivers State has accessed and secured the loan already.

“I will tell all of you, how Abia and Benue states were denied of their money that every state had received from the Central Bank of Nigeria (CBN).

“I got it (CBN loan). Anybody, who dares to stop my money, they know, I will not take it from them. You can see how people are wicked, they are not in office yet, but they are fighting people, stopping states’ money.

“Even as we have criticised President Muhammadu Buhari, he has never stopped our money any day, never.”

Wike frowned on some Nigerians, who carry on as masters over others and treat people as slaves.

He restated his call for the resignation of the PDP National Chairman, Iyorchia Ayu, stressing that the demand by him and his allies was meant to achieve inclusivity, where every region will have sense of belonging.

In felicitating with Ikpeazu, Wike lauded the courage and foresight of the celebrant to establish a library that will serve as a resource centre for scholars.

He inaugurated the library and donated N200 million.

In his remark, Ikpeazu expressed joy that on the occasion of his 58th birthday, he was able to formally inaugurate a library in honour of his late father.

The Pa Ishmael Ikpeazu library, he said, would, among others, house Dr. Okezie Victor Ikpeazu Scientific Leadership Institute, which has started with the enrollment of 50 students on fellowship, and a small family museum that has a collection of relics of the family’s blacksmith heritage.