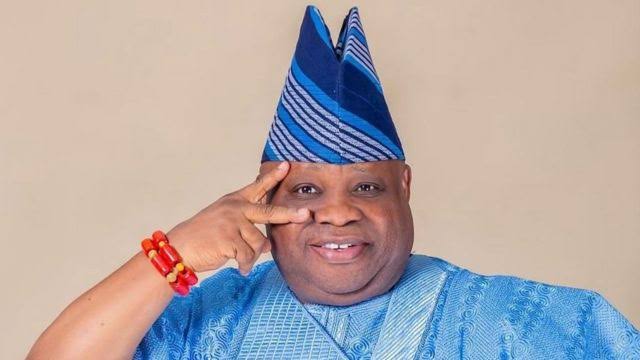 The Peoples Democratic Party (PDP), Osun State has vowed to nullify appointment of two rectors of Osun institutions and sack 12,000 workers employed by Governor Adegboyega Oyetola after the swearing-in of Senator Ademola Adeleke in November 2022.

The party alleged that Oyetola since he was defeated in July 16, 2022 governorship contest, has been making illegal appointments at the detriment of the state’s interest.

A statement by the caretaker party chair, Dr Akindele Adekunle, stated that all key appointments such as the ones for Iree and Esa Oke Polytechnics as well as the recent appointment of new Project Coordinator for World Bank -sponsored RAAMP project will be promptly upturned as they were done in contravention of enabling laws of the institutions and regulatory protocol governing the critical rural development project.

He said, “we frown at the recent appointments of new rectors for Iree and Esa Oke polytechnics. The two institutions have their enabling laws which the state government violated to impose new rectors on the institutions.

“We have studied the situation and we make bold to say that those appointments are unsustainable and will be cancelled once the PDP takes over government.

All similar appointments across the state tertiary institutions will be reviewed and reversed.”

He added that “with regret that Osun State is about to lose out on the $150m World Bank supported Rural Access and Agricultural Mobility Agency (RAAMP) due to the illegal sacking of the present project coordinator whose appointment was advertised and proper selection was supervised by World Bank officials led by the national coordinator in the year 2020.

“We want to inform the public that the authentic Coordinator, Engr Okediya was illegally removed without due process and approval of world Bank officials and was hurriedly replaced with Engr Mumini Adekunle. As the World Bank may cancel expected inflow on the project if this illegality remains, we promise to reverse this greedy criminal conduct immediately the PDP government assumes office.”

He also added that, “the outgoing administration has employed over 12, 000 workers of various cadres since the July 16 elections. We have been warning members of the public not to engage in such a bankrupting agenda. We had also issued several statements declaring such employment exercise a nullity.

“Any employment conducted in the last several weeks will not stand and will not enter the state payroll. We are in the know that majority of those employed against due process are members of the APC purposely designed to weaken the financial base of the state. Our administration will not hesitate to sack all those illegally employed by Mr Oyetola in his last days in office”, the party affirmed.