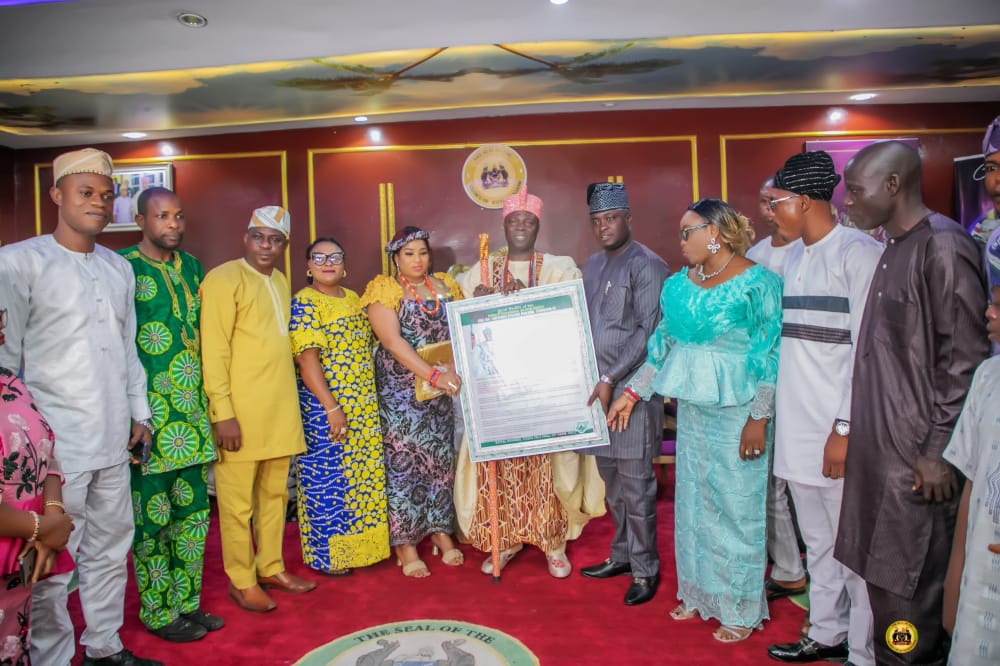 The Osun State chapter of the Nigeria Union of Journalists (NUJ) has inducted the Olowu of Kuta, Oba Adekunle Makama Oyelude, into the association’s Hall of Fame.

Oba Makama was inducted on Friday as part of the activities to mark the 2022 NUJ press week during a royal dinner at the monarch’s palace.

The induction into NUJ Hall of Fame is accorded to nationalists, prominent traditional rulers and captains of industry who have contributed immensely to the development and economic well being of Nigeria.

During an interview with Oregun of Ila, Oba Adedokun Abolarin, expressed love for Olowu of Kuta, saying he had laid a good example for the successors for contributing to the growth of his community.

The Osun State NUJ Chairman, Comrade Wasiu Ajadosu, in his remarks, commended the monarch for ensuring that development takes place in community, adding that he is media friendly.

Ajadosu said Oba Makama demonstrated the ability to give back to the society he derives pleasure in human and economic development.

He said: Kabiyesi Olowu of Kuta has actually demonstrated that he possesses the ability to give back to the society. It is not easy for people to give back to the society, so Kabiyesi is humanitarian per excellence, he is always key in anything that will better the lives of others, he is interested in development of human and even material development.

“If you look at Kuta of yesterday and today, it was developed by Olowu of Kuta, so somebody like this needs to be recognized. The NUJ of Fame is not just a simple thing you can get, the hall is meant for selected people that have contributed significantly to the development of their community, that have impacted into the lives of others and Olowu of Kuta fits into this class and that is why we are honoring him.”