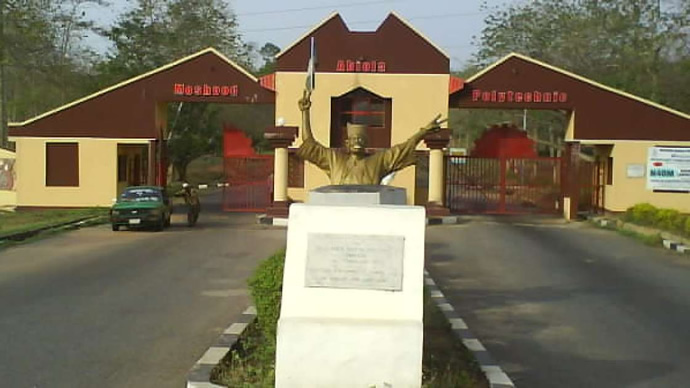 Two students of Moshood Abiola Polytechnic, Abeokuta, Ogun State, and a former Deputy Vice Chancellor of the University of Ibadan, Adigun Agbaje, have been reportedly released after spending two days in kidnappers’ den.

The two MAPOLY students identified as Olayemi Adejare and Oluwatobi Orekoya, were kidnapped on Friday on their way to Ibadan alongside Agbaje.

It was learnt that the students and the professor were picked up near Sat Guru Maharaji Garden, at the Ibadan end of the Lagos- Ibadan expressway.

The abductors contacted the families of their victims, and demanded N50 million for the release of Agbaje, while N10 million each was demanded for the two students.

News men gathered that students and other kidnapped victims were released on Sunday evening after ransom was paid.

It was gathered that N2.2 million was paid to secure the release of Orekoya and her friend identified as Aminat Taiwo.

Unconfirmed reports revealed that Adejare and the professor also paid an undisclosed amount of money before they were released.

He said, “It is confirmed, they have been released this evening. The two girls were released after the kidnappers collected N2. 2 million ransom.

“They are presently home with their families, but I am not at the family’s house right now, I don’t have the full details, but I know they have been released.”