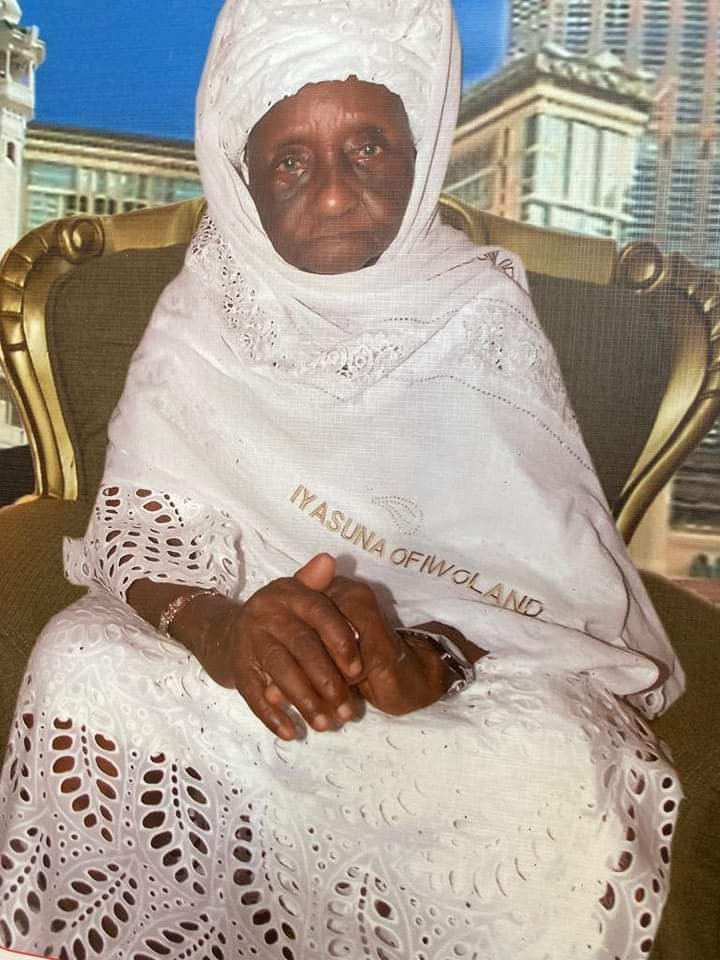 By Sunday Oguntuyi Osogbo
The Senator, representing Osun West Senatorial district and Chairman, Senate Committee on Privatisation, Senator (Engr) Adelere Adeyemi Oriolowo, has said that the death of his mother, Alhaja Samiratu Abidemi Raheem Oriolowo at this moment will creates a huge vacuum not only for the family but the entire Iwo land and Osun State.

Senator Oriolowo who described his mother as one who devoted her time to the service of God and humanity in a statement issued and made available to journalists on Sunday to announce the final burial arrangement, said his mother is a strong pillar in her community, a disciplinarian, and devout Muslim.

The statement however disclosed that, the final burial rite for the late Iya Sunna of Iwoland will be held on Friday, 11th November, 2022 at King’s Riverside Resort Centre, Iwo-Ibadan Expressway, Iwo, Osun State.

“Prayer for the deceased will start by 10am on the said date while reception follows immediately after the prayers at the same venue.

“The late Matriarch of Oriolowo’s family is survived by children, among whom are, Senator (Engr) Adelere Adeyemi Oriolowo, the Senator representing Osun-west Senatorial district and Chairman Senate Committee on Privatisation, Dr Niyi Oriolowo the CMD of one of the best medical facility in Yola, Adamawa State, Alhaja Serifatu, Otunba Ademola, among others, grandchildren and great-grandchildren” the statement concluded.