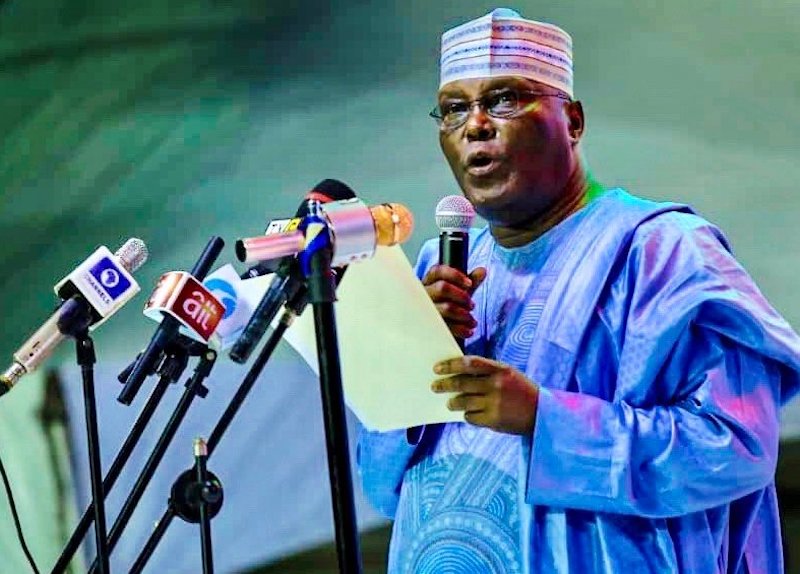 The People’s Democratic Party (PDP) on Thursday said five governors elected on the platform of the ruling All Progressives Congress (APC) are currently in talks with its presidential candidate, Atiku Abubakar.

Spokesperson for the party’s Presidential Campaign Council, Kola Ologbondiyan disclosed this in a chat with Newsmen.

He also said the aim of the APC and its presidential candidate, Asiwaju Bola Tinubu to benefit from the crisis between Atiku and Rivers State Governor, Nyesom Wike will fail.

Festus Keyamo (SAN) the Minister of State for Labour and Employment and Chief Spokesperson of the Tinubu-Shettima Presidential Campaign had earlier said that aggrieved PDP stakeholders will support Tinubu’s presidential bid.

He also said aside from Wike and his allies, other governors in the PDP are not on the side of Atiku.

While responding to Keyamo’s claim, Ologbondiyan, immediate past National Publicity Secretary of the PDP said “It’s a dishonest statement”.

“We are not unaware of the wishes and roles of the APC and its presidential candidate in their hope to draw capital from the disagreements in our party.

“But they need not worry because no fewer than five of the governors elected on the platform of APC are in consultation with the PDP and its Presidential candidate”.

“They will definitely want to benefit from the situation but they will meet a brick wall”.