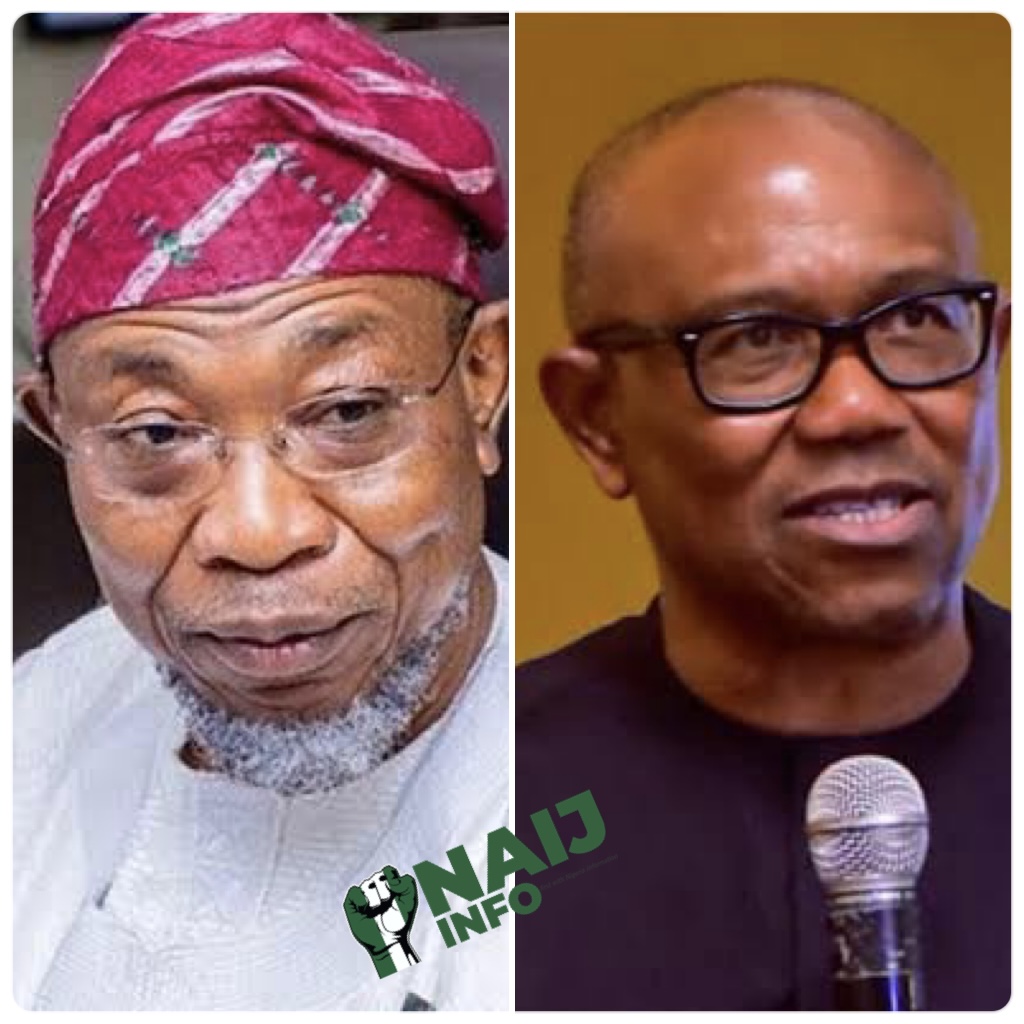 Naijinfo reports that the presidential candidate of Labour Party, Peter Obi, has revealed how his doggedness made way for Adams Oshiomole, Kayode Fayemi and Rauf Aregbesola to become governors of their respective states.

Peter Obi, speaking at a Town Hall meeting organised for presidential candidates by Arise TV on Sunday, recalled how he challenged what he described as “rascality” when he was removed from seat as Anambra Governor.

He said, “I had some remarkable things that happened in my transition into politics. I would say I was the first governor to be declared through the court.

Because when I contested the election, I won but someone else was declared and went to court and challenged it and I was declared winner.

Six months after being governor, I was impeached. I went to court and challenged the rascality and I became the second person to come back as governor from impeachment.

“Five months after that, my tenure was terminated by an election that wasn’t supposed to exist and I went back to court and established the tenure of governor.

“Without me, the likes of Fayemi, Oshiomole, Aregbesola wouldn’t have been governors, it was my challenge of that rascality that made it possible for them to become governors.”