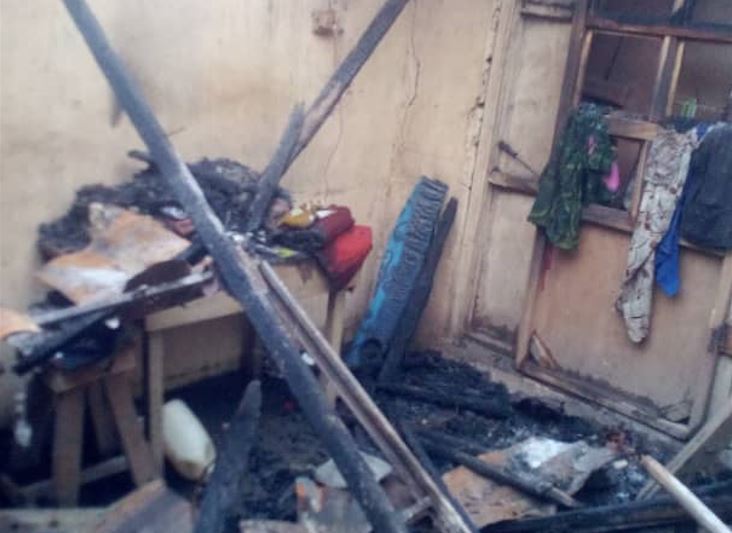 An early morning inferno on Saturday razed a row of four shops at the Oke-Egan road in Ede area of Osun State.

The shops went on fire barely 72-hours after hoodlums suspected to be political thugs allegedly used petrol soaked in loaves of bread to set ablaze the office of the Independent National Electoral Commission (INEC) in Ede.

The same method was reported to have been used to raze the commission’s building at Abeokuta where over 60,000 permanent voter cards were destroyed. 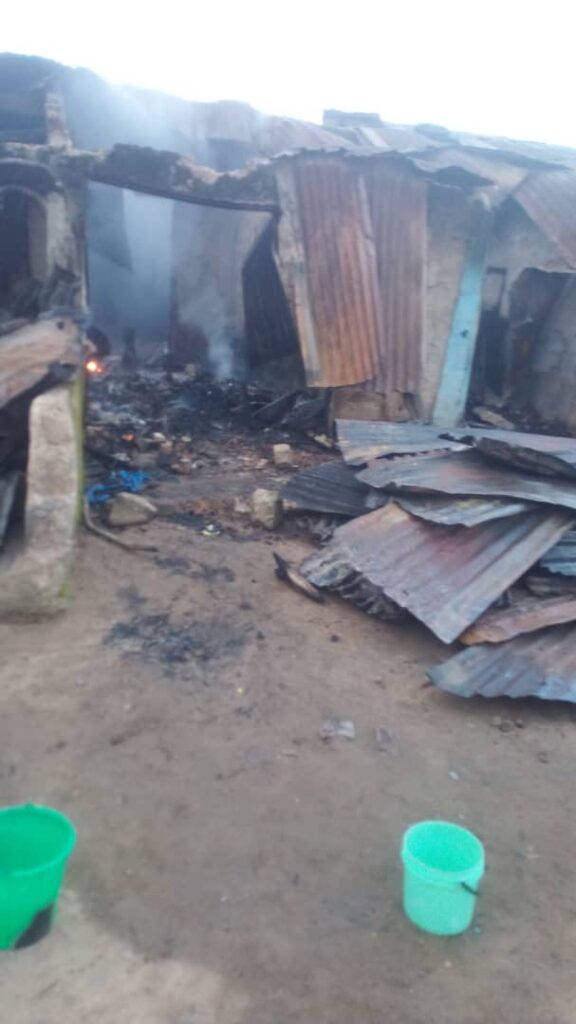 Witnesses in the area said the four rows of shops went on fire around 1 a.m when Ibadan Electricity Distribution Company (IBEDC) restored electricity to the area.

Residents of the area and passers-by immediately alerted the Fire Service but the shops were completely destroyed before the arrival of firefighters.

The destroyed shops before the inferno were occupied by fashion designers, fabric sellers, hairdressers, Aluminum fabricators and provision sellers.

Properties and goods worth several millions of naira were said to have been lost to the inferno.

Ibrahim Adekunle, spokesperson for the Fire Service in Osun State confirmed the incident. 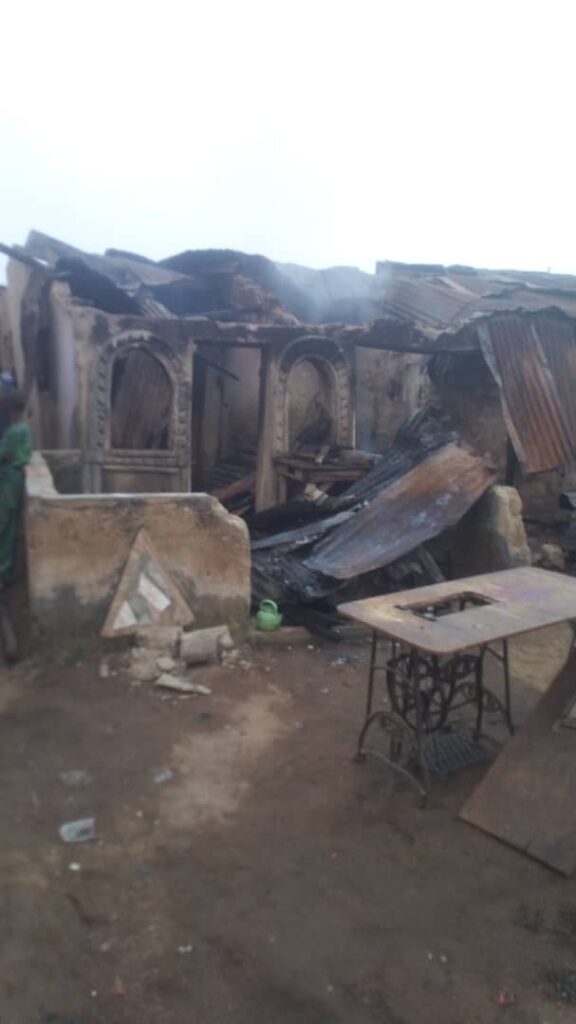 Mr Adekunle stated that investigation on account of the situation showed that the inferno was caused as a result of high voltage.

“According to eyewitnesses, it was as a result of high voltage,” he said.

“I interviewed about three people, they all live in that vicinity so, they said they have been warning them (about) the way they connect wires and tap light with wrong connections,” he added.

The fire service spokesperson claimed that properties and goods lost to the inferno were estimated at N2 million.
“Estimated loss was around two million naira,” Mr Adekunle added.

“The tailor has an Electronic sewing machine, a manual machine, customers clothes, an iron, furniture etc. The aluminum still has small hope as some of his works are outside the building, the ones in the building got burnt too.”

Apart from the INEC office, this will be the third fire incident reported in the state since the beginning of the month.

On Tuesday an early morning inferno razed nine shops at the popular Oja-Oba Market , along Ibokun road in Osogbo.
On Thursday, November 3, fire also razed a shopping complex around Alekuwodo in Osogbo,.

Gboyega Oyetola, Governor of Osun State visited the fire scenes and commiserated with the victims.

The governor cautioned residents of the state against actions that could led to the inferno.