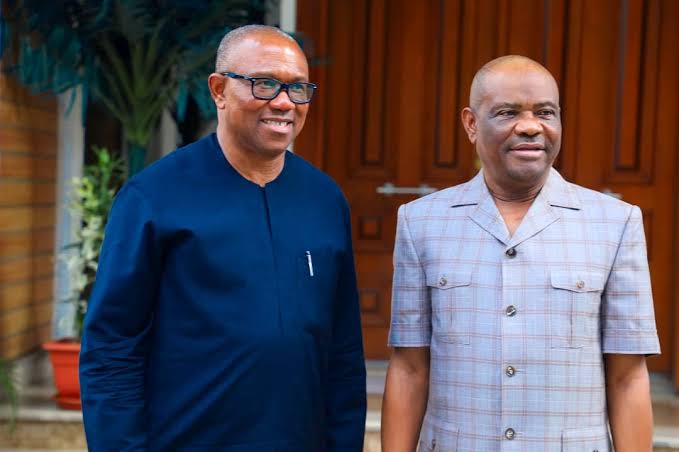 The presidential flag-bearer of the Labour Party for the 2023 election, Peter Obi, has said there is a chance he may be willing to work with the aggrieved Peoples Democratic Party (PDP) governors if it will benefit the people of Nigeria.

POLITICS NIGERIA reports that Obi was speaking through Emeka Obasi, his media aide.

It would be recalled that the aggrieved governors, otherwise known as G5, are at loggerheads with their party’s candidate, Alhaji Atiku Abubakar over the refusal of the PDP National Chairman, Senator Iyorchia Ayu, to resign.

“There is nothing stopping that (alliance). It is a possibility,” Obasi told Punch.

“It is still three months to the election for anybody who wants to support him to do so. It is a democratic process. Nothing stops somebody from jumping camps any time anywhere. So they are free.

“There are things we don’t force. If somebody will support you, he is going to support you wholeheartedly. These are not anyhow politicians. They are governors who have their say, they are not people you force to support you. That is something that ought to be done wholeheartedly in line with their conscience.”

He added: “If you know my principal, he is somebody who likes to be open. He won’t promise you skyscrapers when he already knows what he can offer. For him, he can only offer what is good for the Nigerian people.

“Whoever wants to join him based on that principle is free. But to go and start doing political lobbying for somebody to him is a promise he can’t fulfill, it is not his style.”