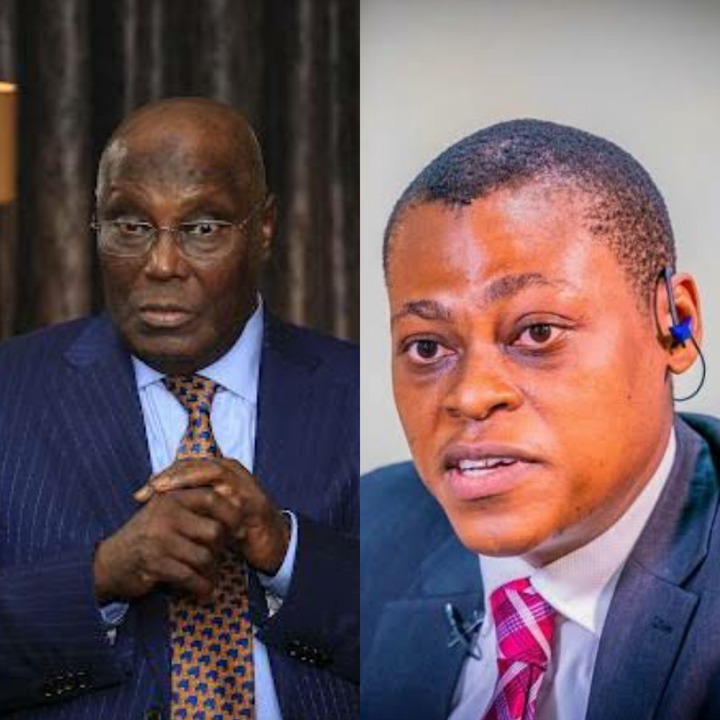 During the Morning Show program on Arise News, Nigerian journalist and public speaker, Oseni Rufai, said that Atiku Abubakar, PDP presidential candidate, can’t say he is a unifier when he abused his political opponent.

Recall that PDP after their last campaign rally in Lagos on Monday moved to Osun state yesterday for another party rally. A mammoth crowd graced the rally as seen in the videos and pictures that surfaced on the internet.

However, Rufai Oseni while analysing the event of Osun rally yesterday began with sarcasm that he challenged the governor, Ademola Adeleke to dance “Buga song” with him as they were seen dancing at the event yesterday.

Also, he pointed out that there is something he saw yesterday that he had to call out because he considered it not appropriate enough.

“There is one particular comedic act that came on stage, that is called “Baba Gomina” in the rally and you needed to see the abuses he was making out of APC presidential candidate. I would like to call that out. That is wrong. It should be issue-based and narrative based. “

Oseni Rufai then said that “I’m calling that out, you can’t say you want to unify and you are there in your rally and they are abusing other presidential candidates.