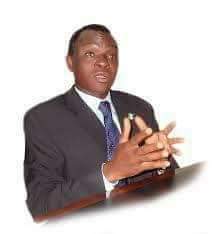 A political group within People’s Democratic Party, PDP , Unify Atikulated Nigerians Movement, (UANM) have hailed the appointment of the former Chairman of Federal Road Maintenance Agency, FERMA, Engr.(Dr) Jide Adeniji as the director, special duty, south for Atiku/ Okowa 2023, saying , it’s a well deserved that would boast the chance of PDP in the coming general elections.

This is contained in a release issued and signed by its director general, south west, Alh Remi Arogundade and Comrade Dayo Olatunde, Director of Operations and Strategy
UANM Southwest said, the appointment of Dr. Adeniji is the right thing to have happened to the party now.

UANM, described Dr. Adeniji’s appointment as one of the best appointment on its right course done by the leadership of PDP as well leadership Presidential Campaign Council , PCC.

“The Appointment of Engr (Dr) Jide Adeniji, who is former Chairman, Federal Road Maintenance Agency, is a ” Passed Litmus Test ” for PDP & PCC leaderships that PDP is a party that understands the” Path to Nigeria Recovery ” from the shackle of Economic , Security and Unity collapsing”

“Engr (Dr) Jide Adeniji, is one of the few Nigerians with integrity, visionary endorsement , unifier potential, a Politician and Technocrat per Excellent, that any democratic and visionary should be proud off”

“As a bridge maker , It is the utmost believe of UANM and every meaningful Nigerians that the appointment of Engr (Dr) Jide Adeniji as Director, Special Duty, PCC will go along way to pacify aggrieved members of the party and brings the required Unity of purpose back to the party at large , most especially in southern arms of PDP, there by boost the chances of all PDP candidates in coming out victorious in the forthcoming General Elections, most especially, leads to a “land mark victory ” of Alh Atiku Abubaka and Sen Ifeanyi Okowa in 2023 Presidential Election.”

” It’s of no doubt that the appointment of Engr (Dr) Jide Adeniji, is” tasking task ” and very challenging, but we are very optimistic that Engr Adeniji is well prepared and reasonably equipped for the task ahead . And with God on his and the support PDP family at large, Engr Jide Adeniji, will take a leading roll in wooing required votes in Southern Nigeria that will go along way to declare Alh Atiku Abubaka and Sen Ifeanyi Okowa as next President and Vice President of Federal of Nigeria respectively come May 29 , 2023″ the group added