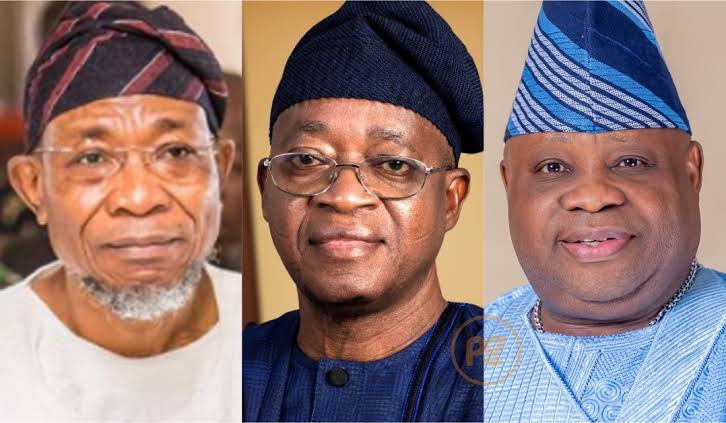 The former Governor Aregbesola has reacted to the development, saying the Accountant-General of the state should be in a better position to give the true particulars of the indebtedness of the state.

Reacting to the statement by Oyebamiji on the contention that the debts were incurred by his government, Aregbesola, through his media aide, Mr Sola Fasure, said the impasse was between Adeleke and Oyetola, and so he should not be in the picture.

While attempting that he took loans, he said the two major ones he took had been liquidated while “the other ones are long-term concessional facilities (given to the state) by the Federal Government” with minimal monthly deductions.

“The Accountant-General, in reply to the query of the governor, stated the condition of the loans and the loans that are outstanding. He is the most knowledgeable about the loans by the state as the custodian of the account of the state. They should count Aregbesola out of it.”

They were the Sukkuk loan and the other ones were long-term concessionary facilities by the Federal Government which have a long span repayment terms. The deductions are minimal and they are not deductions that will infringe on finances of the state. The two major loans taken by Aregbesola have been liquidated.”

He said: “The matter is between the Adeleke and Oyetola administrations because the Aregbesola debts have been liquidated. It was not Aregbesola that took the N18 billion loan that was taken after the election. Oyetola took some other loans, including salary support from the Federal Government.

“They caused the problem for themselves. If they had set up a transition committee and if they had cooperated well with the incoming governor after they had lost election, there would have been a smooth change of government.

“They would have compared notes and there would be no rancour. But he was busy sowing mines on the path of the incoming governor, creating problems for him, and spending money with reckless abandon. What did he do with N18 billion? Now the new government is fighting back. If the new government takes the matter up to the EFCC, there would be problems for the Oyetola administration.

“They should count Aregbesola out of their problems because out of the three loans he took, two have been liquidated. It is only the long-term debt that is remaining and only the Accountant-General can give us the status of the loan because it is no longer what it was because deductions are being made.”