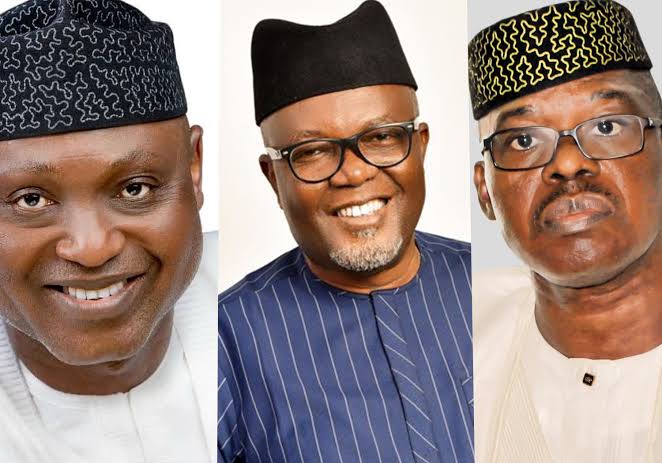 The three-member tribunal for the June 18 governorship election in Ekiti State is set to deliver its final ruling today, Wednesday, 28th December 2022.

The tribunal is set to deliver its judgment in the suit challenging the victory of the All Progressives Congress (APC) candidate, Biodun Oyebanji at the polls.

The Independent National Electoral Commission (INEC) had declared Oyebanji as the winner of the election but the Social Democratic Party (SDP) candidate, Segun Oni rejected the result and challenged the election outcome before the tribunal.

While both camps are hoping for a favourable ruling, there is tension on what may be the final judgment from the tribunal led by Justice Wilfred Kpochi.

Oni in his complaint before the tribunal insisted that his party, the SDP, and not the APC scored the highest number of valid votes at during the election.

The three-member tribunal had on November 23 reserved judgment after listening to all the sides in the matter and later communicated to the parties that the judgment would be delivered on Wednesday (today).

SDP Sure Of Victory

Speaking ahead of the expected ruling by the tribunal, the Ekiti SDP Publicity Secretary, Ganiu Salau, on Tuesday, said, the party has a valid case and is hopeful for a favourable judgment.

He said; “Our expectation is very high based on the grounds of the demand we presented at the court ranging from the certificate issue against the deputy governor, Mrs Monisade Afuye, and faulty nomination process of Oyebanji and his deputy.

“We have had the two judgments to the level of Supreme Court on the grounds of our demands and our case will not be the exemption as precedence has been established.

“So, these give us hope that we are going to get a favourable judgment. We believe in the judiciary which is the last hope of the common man. We expect the tribunal to deliver the judgment in accordance with the dictates of the law.”

Nothing To Worry About – Oyebanji

The Special Adviser to Governor Oyebanji on Media, Mr Yinka Oyebode, however, said they have no fear that the tribunal would endorse the mandate given to the APC candidate by the people at the polls.

According to him, “We are optimistic of victory. The reason is that the election that brought Oyebanji as the governor was overwhelming. The people voted massively for him. So, the mandate is genuine and was freely given through a free, fair, credible and rancour-free democratic process.

“With all our trust in God, I believe we will triumph at the tribunal because we are children of success, not failure.”