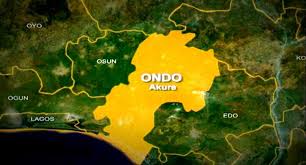 A group of gunmen have abducted four students of Kogi State Polytechnic, Lokoja, and the driver of their vehicle, along Akunnu-Ajowa Road in Akoko North-East Local Government Area of Ondo State on Friday.

The students were said to be travelling home for the Yuletide before the hoodlums allegedly waylaid them on the road and dragged them into the bush.

It was gathered that some hours after the abduction of the students, the bandits contacted the families of the victims, demanding a sum of N16m for their release A source in Ajowa Akoko Community said, “The kidnappers of the victims have contacted their families and they are demanding N3m for the release of each of the students and N4m for the driver.”

A community leader and former Vice Chairman to Akoko North-West Local Government, Mr Ajayi Bakare, who confirmed the incident, said the driver of the vehicle had been warned by the parents of the students not to take the route where they were kidnapped, as the route was notorious for kidnapping and armed robbery.

The Ikare Area Commander of the Ondo State Police Command, Muri Agboola, who confirmed the incident, said his men had been combing the forests along the Akunnu-Ajowa Akoko Road to rescue the abducted students.