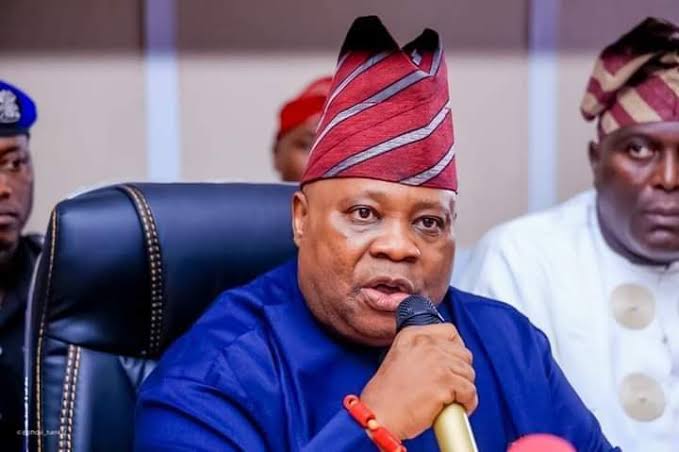 The Contracts Review Committee set up by H.E Sen. Ademola Nurudeen Jackson Adeleke has recommended the immediate suspension of Dr. Niyi Oginni the Executive Secretary of Osun Health Insurance Agency (OHIS) and Dr. Adebukola Olujide the Acting Career Head of the Primary Health Care Development Board in the State(PHCDB) due to incompetent and corruption.

The Committee also directed the Public Procurement Agency (PPA) to immediately kick-off the process to recover to the State’s treasury all outstanding tender fees on contract awards, JVAs, MOU etc, to which the State Government is a party, in the last four (4) years.

The directive was issued by the Committee’s Chairman, Hon. Niyi Owolade, consequent upon the deliberations and resolutions of the Committee members. According to a statement signed by the Secretary to the Committee, Barrister Hashim Abioye which was also made available on the state government twitter handle @Osun_State_NG, the directive followed revelations that a large chunk of fees accrued to the state government as tender fees for contracts awarded for infrastructures and supplies under the past administration was not paid to the treasury, noting that the illegitimate practice had resulted in loss of hundreds of millions of naira in revenue for Osun state on yearly basis.

Additionally, the Committee condemned the unethical practices of the respective career heads of the OSHIA and the Primary Health Care Board as distasteful of Heads of Government Agencies given the rate at which contract awards were carried out without due process, non-remittance of actual tender fee collected from contractors to the State’s treasury, contracts without value for money like the PHCs, deliberate split awards of contracts resulting in outrageous inflation in contract sums, awards to cronies, blood relations, and many other anomalies.

The conclusive statement of the committee reads: “It is equally expedient that the respective Career Heads of OSHIA and the PHCDB be immediately suspended so as not to further put the health of Osun workers and citizens in avoidable risks due to incompetence and corruption”.