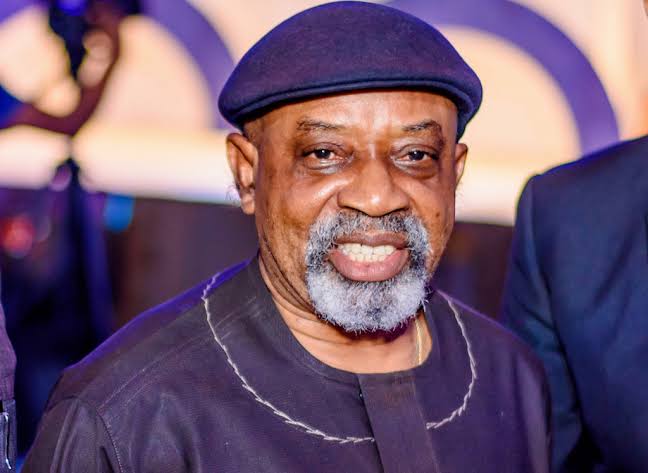 The Minister of Labour and Employment in Nigeria, Chris Ngige has recently revealed that he is not going to campaign in favour or against any of the four frontline presidential candidates ahead of the Presidential election in 2023.

In the report on Nigerian Tribune, the minister stated this while speaking with journalists in Alor, Idemili South Local Government Area of Anambra State, on Wednesday, 4th of January 2023. According to Ngige, these frontline candidates include the presidential candidate of the PDP, Alhaji Abubakar Atiku, APC’s Asiwaju Ahmed Bola Tinubu, Peter Obi of the Labour Party and Alhaji Rabiu Kwankwaso of the NNPP.

Giving his reason for his decision to remain neutral, Ngige said that all the four candidates are his allies whom he has shared wonderful moments with. He said that it will be tough for him to campaign for one of them and campaign against the others.

For example, he said that Alhaji Atiku Abubakar came to his rescue during his trying times when he was kicked out of office and that the politician made sure he was reinstated.

“Alhaji Atiku Abubakar, Vice President (former) the Federal Republic of Nigeria was the man who was in the helm of affairs when I was shoved out of office. He(Atiku) was standing in for Mr President (Obasanjo), who was in Maputo, and he (Atiku) ordered the Inspector General of Police then, the late Tafa Balogun, to reinstate me to office.”

He said that he also worked together with Tinubu and they both created the Action Congress of Nigeria then. He added that both Obi and Kwankwaso were his friends and the people he has a close relationship with.

“Bola Ahmed Tinubu, my friend again- supportive. During trying times; we formed AC together. I became the known opposition Senator in the Eastern region under the auspices and platform of the ACN. So, he is not somebody I don’t know. Peter Obi, my brother, my successor and my everything, I know him too and he is a friend. So, how do I campaign against any of them?”

Ngige, however, advised Nigerians to vote for the right candidate that will address the issues of the country and will be able to work for the citizens of the country.