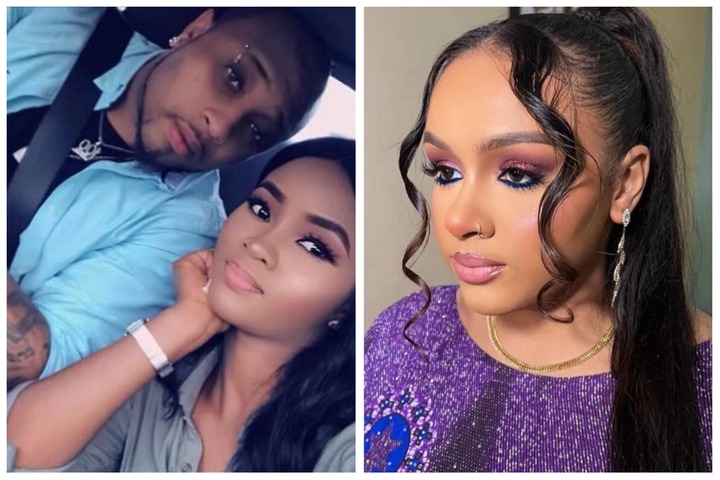 Naija News reports that this is coming a few days after BRed and his wife, Faith Johnson sparked marital crisis issues online.

A check on Instagram shows that Faith has yanked off ‘Adeleke’ from her name on the photo-sharing app and deleted every trace of BRed on her page, including their good memories.

The couple, who welcomed their son and secretly wedded in 2019, have also unfollowed each other on Instagram.

Taking a dig at BRed who also threw shade at her in the wake of her marriage saga with Sina Rambo, Korth exposed details of the singer’s police record. 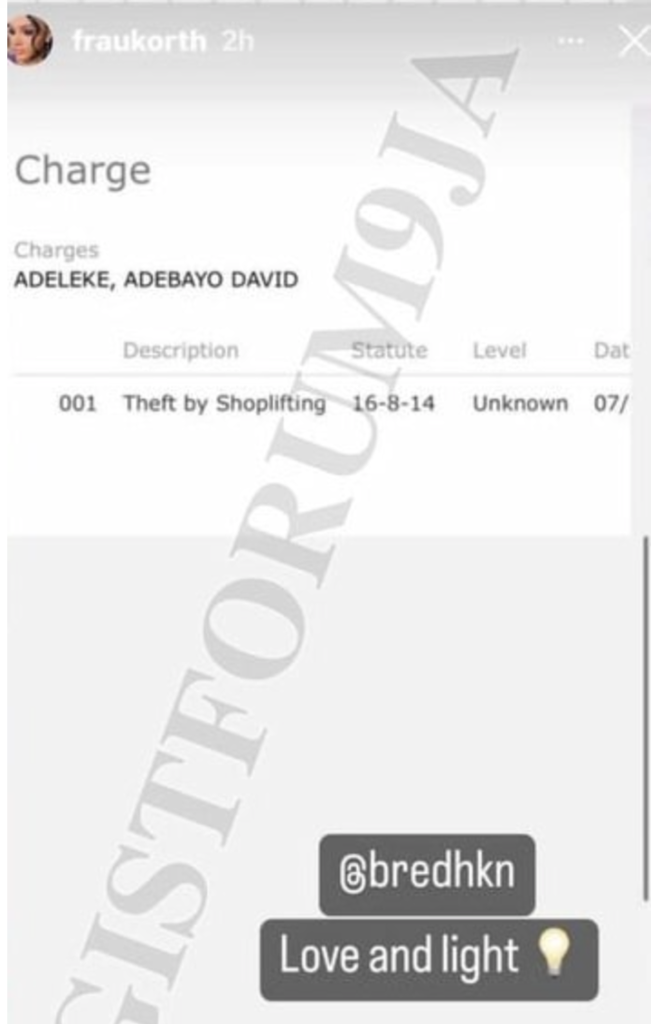 The post shared on Korth’s Instagram story shows that Adeleke’s son, BRed had once been arrested for theft by shoplifting.

Meanwhile, Korth in December also released evidence alleging that two siblings of her husband, Folashade and Adenike have been arrested for battery.

Korth, in a series of posts on Instagram on Monday, accused Sina Rambo and his sister of violence, backing her claims with videos, chats, and pictures.

She called out her husband for unpaid debt, claiming he owes her, adding that the marriage was over as she won’t be subjected to abuse.
Amidst the buzz it created online, Korth is still bent on proving that all her allegations are true as she took to her Instagram page to share documents of Folashade and Adenike’s arrest.
The document shows that Sina Rambo’s two sisters have been arrested three times for fighting and battery