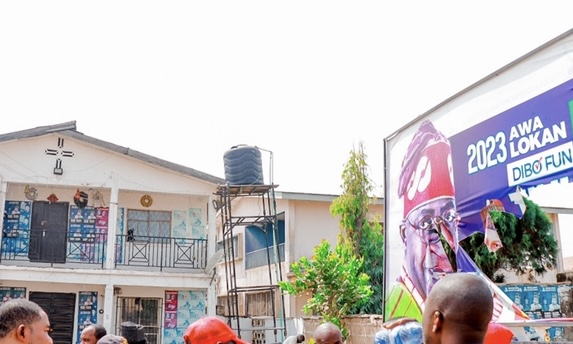 Two weeks after escaping assassination attempt in Ilesa, the political office of the immediate past commissioner for Works and Transport and Osun APC PCC spokeman Engr Remi Omowaiye, an office which also doubles as Tinubu/Shettima Campaign office,Ilesa was raided with heavy gunshots by PDP thugs yesterday night.

This came few hours after the visit of HE Gboyega OYETOLA to the office.

The former commissioner for Works in Osun State, Hon Remi Omowaiye has called on President Muhammadu Buhari to come to their aids in Ilesa by deploying more security officers to the zone to save the lives of members of the All Progressives Congress.

This is as the Former Commissioner advised Governor of the State, Senator Ademola Adeleke to face governance and leave thuggery.

Omowaiye disclosed this on Sunday while reacting to the attack that Sunday morning at the APC secretariat in Ilesha and other related attacks on members of the All Progressives Congress, APC including the Chief of Staff to the Speaker of the State House, Obisesan Olasunkanmi and rushed to a Wesley Guild Hospital in Ilesa. 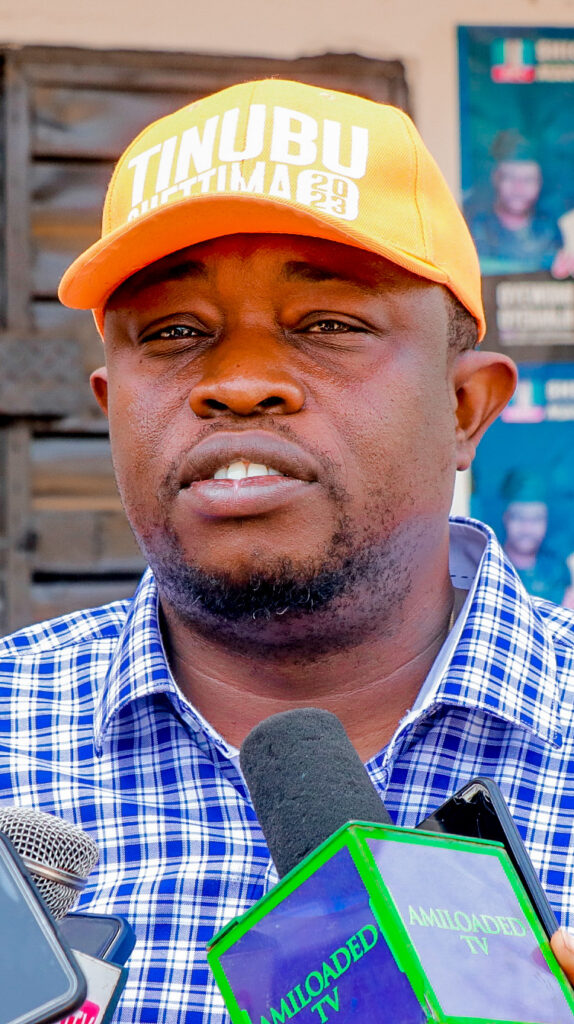 While Olasunkanmi was attacked at Ifofin area of Ilesa by some political thugs, the APC secretariat was raided with bullets overnight.

The attacks came less than 24 hours after the PDP-led government was accused of fine-tuning plans to unleash violence on Oyetola’s men. Recall that Omowaye, few days ago, narrowly escaped an assassination attempt launched on him and his supporters in Ilesa.

Addressing journalists shortly after his on-the-spot inspection of the scene, the former Commissioner described the attack as diabolic and inhumane, saying it is unfortunate that such ugly incidence had been launched twice on his person and property within two weeks.

“Two weeks ago, there was an assassination attempt on me, yesterday His Excellency Adegboyega Oyetola was on his way here from Akure after attending Tinubu’s campaign in Akure, same yesterday, I called my group in order to sensitize them for the forthcoming presidential election in which Oyetola also joined to sensitize them”.

“But to our greatest amusement, we came this morning, we saw that the place had been raided with bullets. Asiwaju Bola Tinubu’s billboard was torn. This is the second time this is happening in two weeks, it is so shocking that this happened”.

“We’ve reported severally to security agencies, nothing has been done.

This is to tell you that PDP is known for violence.

“I was lucky to have survived the attack, if the office was filled with people yesterday when they attackers came, I’m sure there would have been lots of casualties”.

“We appeal to President Muhammadu Buhari to dispatch security officers to Ilesha, to come to our aid. They are killing us.

“Adeleke should face governance and stop ordering thugs to attack us. They should allow us campaign for our APC candidates in peace”, he reiterated.

“I have written petition to the Commissioner of Police of the state, the State Director of the State Security Service to come to our aid in Ilesha and let peace reign once again the land”.

Hon. Babatunde Ayeni, the Representative of Ijesha South Constituency, said he had written petition to the Commissioner of Police on the 24th of November 2022, and these attacks have been carried out on some offices in Ilesha.

He beseeched the security agencies to guide the offices as well as look after the welfare of the members of the party, stating that ” The PDP is known for violent attacks”.

” In order to allow peace to come back to Ijesha land, I will make a motion at the National Assembly on this matter, it will no longer be at the State level but National level”.

“I will also meet with the traditional rulers and other stakeholders in the constituency, in order for peace to reign in Ilesha “.

Speaking with InsightMedia on how he was attacked, Olasunkanmi said, “we were seated at a popular bar when a known PDP chieftain led some thugs to where we were.

I even offered them drinks because we didn’t know their aim. Suddenly, we started seeing broken bottles thrown at us and that was how they attacked us.” 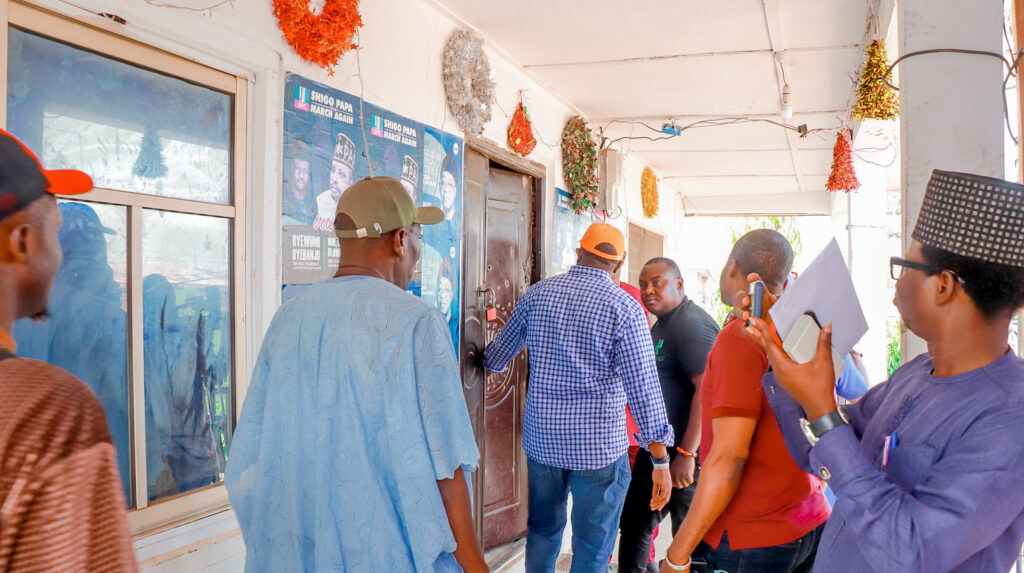 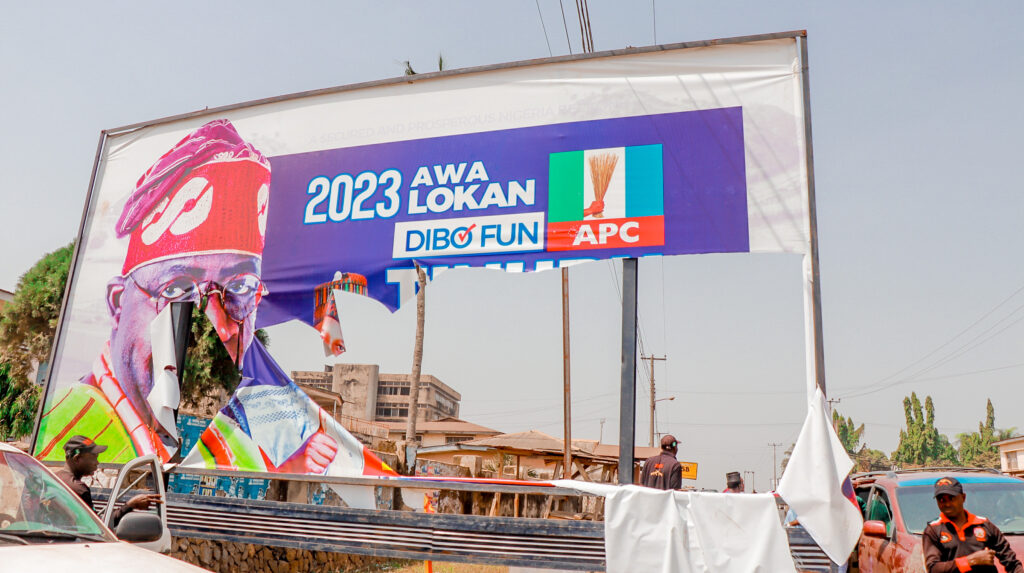 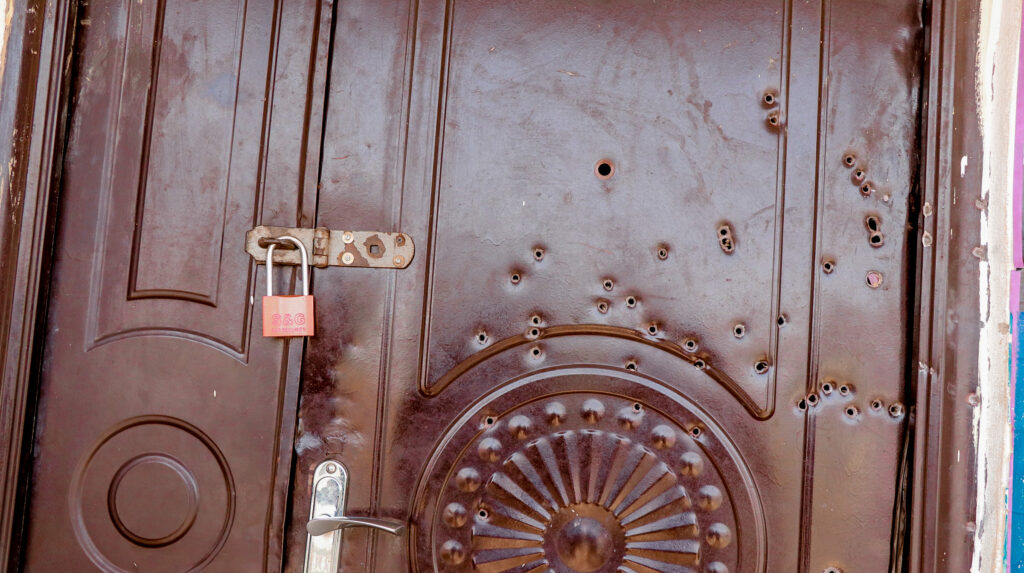 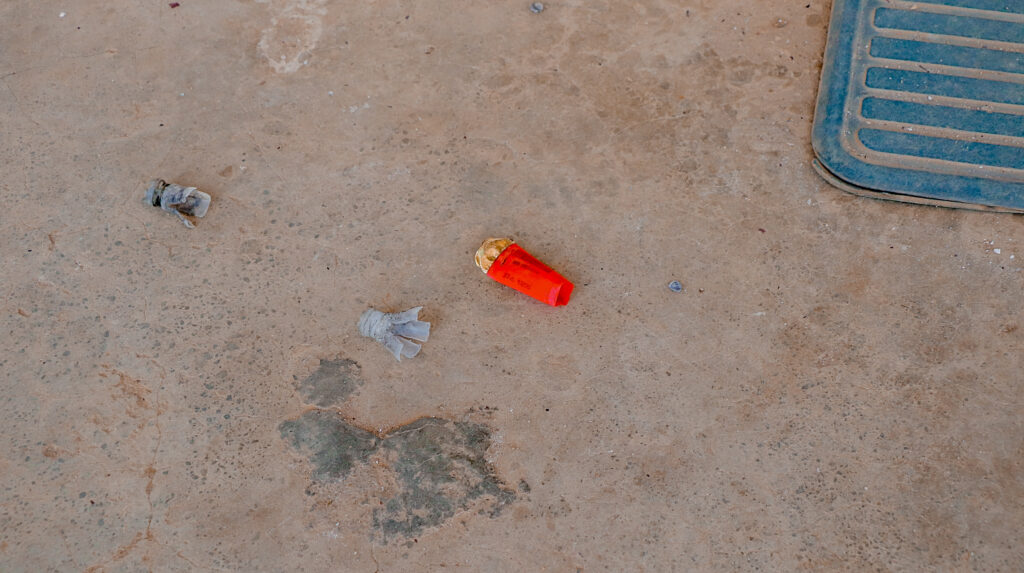