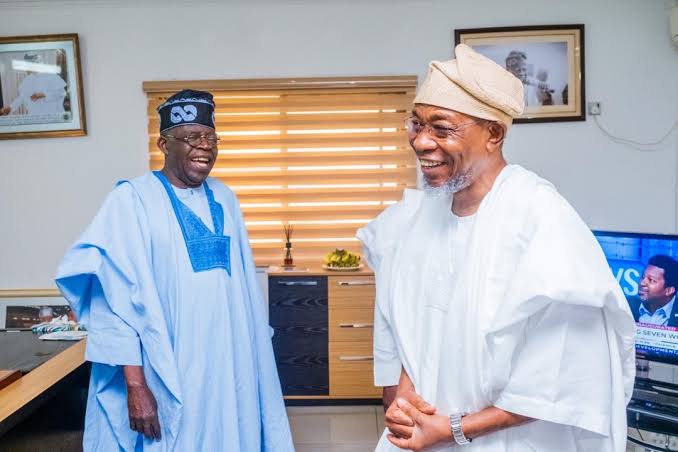 The former governor of Osun state, Ogbeni Rauf Aregbesola had last week claimed that some jittery politicians are frustrating the reconciliation moves between him and Asiwaju Bola Tinubu the presidential candidate of the ruling All Progressives Congress (APC).

Aregbesola’s claim, has, however, been generating reactions from other stakeholders and one of such reactions is the claim by Jelili Adesiyan, former minister of police affairs, who had insisted that Aregbesola must seek forgiveness, Vanguard reported.

Adesiyan said Aregbesola should show remorse for his action, and seek Tinubu’s forgiveness rather than trying to force his way into reconciliation with the APC presidential candidate.

The former minister made his position known while speaking on the matter with journalists in Osogbo, the Osun state capital.

The APC chieftain said Aregbesola did not prove to be a member of the ruling party with his activities during the build-up to the governorship election in Osun, which saw the APC lost to the Peoples Democratic Party (PDP) in the state.

Adesiyan said Aregbesola should go back to where he missed the step and seek forgiveness.

The relationship between Aregbesola, who was a commissioner under Tinubu as Lagos State governor, hit the rock during the last gubernatorial election in Osun State as both henchmen disagreed on supporting the APC governorship candidate and sitting governor, Gboyega Oyetola’s re-election.

The disagreement was believed to have affected the fortune of Oyetola, who eventually lost to the Peoples Democratic Party (PDP) candidate, Senator Ademola Adeleke at the election.

But there have been various moves to reconcile Aregbesola, and Tinubu in order not to undermine the vote count for the APC presidential candidate in Osun State.