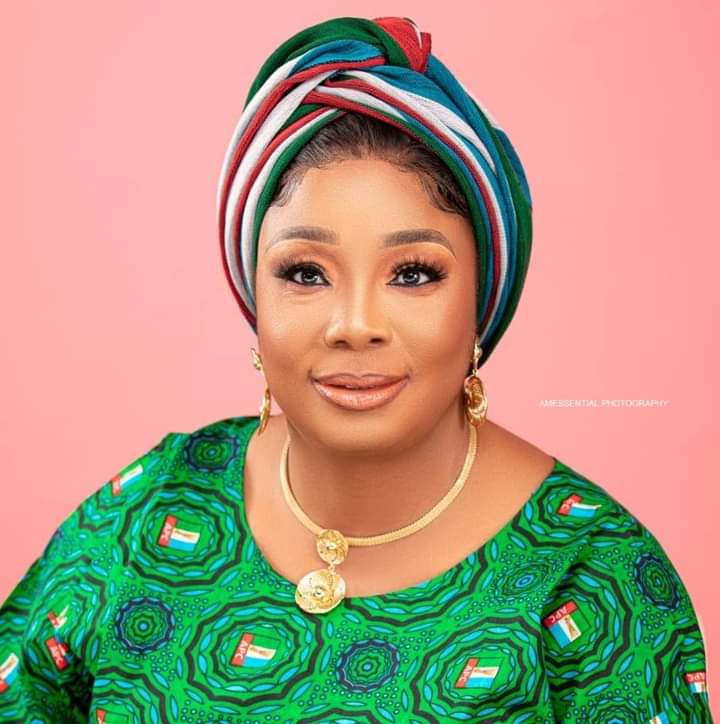 Oluga stated this at the official flag off of her second term campaign held at the party secretariat of All Progressives Congress, in Ikire, Irewole local government.

According to her, having seen what she has been able to achieved during her first term as federal lawmaker, the people of Ayedaade/ Irewole/Isokan federal constituency unanimously called for her second term in office.

” I’m not the one that said I want second time but my people said carry go, if my people are saying that I should continue I don’t need to judge myself, i just want to thank them and assure them that I will do more and put more effort in satisfyingmy people in the giving more dividend of democracy”

“We are here to flag off this campaign, this is just an official flag off, we have been campaigning door to door, people testified to my performance in the last four years and I want to assure them of doing more if reelected”

Speaking at the event, the former commissioner for finance in the state, Hon.Bola Oyebamiji attested to the laudable performance of Hon. Oluga, saying, the lawmaker had made the constituency proud with various achievements recorded in the last four years.

Oyebamiji who is the chairman for constituency campaign committee also described the lawmaker as credible honorable to her constituents, assuring that, people of the federal constituency will not hesitate to vote her for the second term.