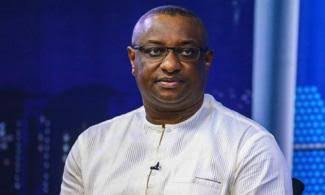 The Minister of State for Labour and Employment, Festus Keyamo (SAN), has issued a 72-hour ultimatum to the Economic and Financial Crimes Commission (EFCC), Independent Corrupt Practices and other Related Offenses Commission (ICPC) and Code of Conduct Bureau (CCB) to arrest the presidential candidate of the PDP, Atiku Abubakar.

Keyamo who is the Director of Public Affairs of the APC Presidential Campaign Council in a letter dated January 16, signed by him, said Atiku should be arrested, interrogated and prosecuted for alleged money laundering.

He also said, Atiku should be interrogated for alleged “offences against Code of Conduct for Public Officers, offence of conspiracy, offence of criminal breach of Trust and criminal misappropriation.

“I take notice that this matter is of great national importance, I expect you to act with alacrity and a sense of duty within 72 hours of the receipt of this petition.

“Take further notice that if you fail, refuse and/or neglect to act, I shall be proceeding to court to compel you to act. The ball is in your court and Nigerians are waiting and watching.
“Atiku does not enjoy immunity simply because he is a presidential candidate.”

In the letter sighted by our correspondent, Keyamo cited one Mr. Michael Achimugu, said to be a whistle-blower, who released an audio clip on how Obasanjo and Atiku allegedly colluded to use registered companies upon assumption of office, using ‘trusted allies’ as shareholders and directors to fleece the nation’s funds while in the saddle as president and vice president between 1999 and 2007.