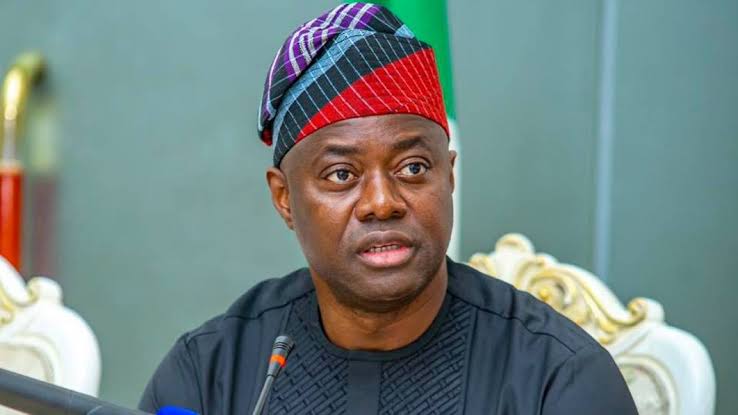 Speculations have emerged that the Oyo State Governor, Seyi Makinde and other stalwarts of the Peoples Democratic Party (PDP) have agreed to sheath their swords and attend Atiku Abubakar’s presidential campaign in Ibadan, the state capital on Thursday.
This is following the lingering crisis that rocked the Oyo State chapter of the party due to Makinde’s refusal to support Atiku.

Naija News gathered that the internal crisis rocking the Oyo State PDP is over as a result of this new development.

It was learnt that along with Makinde, other PDP loyalists to lead the campaign train includes the former Deputy Governor of Oyo state, Alhaji Hazeem Gbolarumi and a former Minister of Federal Capital Territory, Oloye Jumoke Akinjide.

This platform understands that all the candidates of the party at all levels will be formally presented at the occasion.
It would be recalled that the Oyo State governor is a member of the five aggrieved PDP governors, popularly known as the G5 or Integrity Group led by the Rivers State governor, Nyesom Wike.

The group is advocating for the replacement of the PDP national chairman, Iyorchia Ayu, with a candidate of southern extraction.

Ayu’s refusal to resign has led to the lingering crisis rocking the party’s leadership as the five aggrieved governors have on several occasions rejected to work for Atiku unless Ayu resigns.

However, Naija News learnt that this new development might have put an end to the PDP crisis in Oyo State with Makinde’s agreement to lead the presidential campaign rally.

However, the recent development indicates that all the factions have agreed to put aside their differences and work for the common goals of the party at all levels.