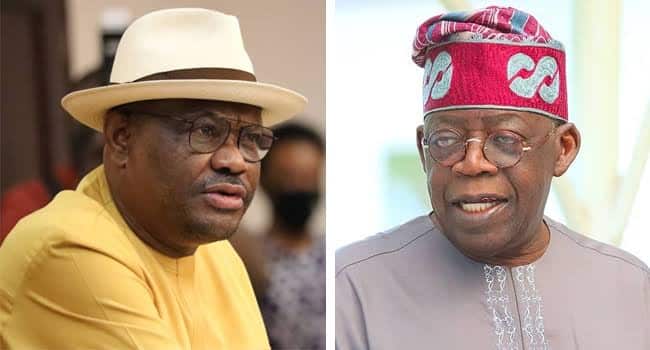 The Peoples Democratic Party (PDP), Rivers State chapter, has finally made up their mind to support and campaign for the presidential candidate of the All Progressives Congress (APC), Bola Ahmed Tinubu in the upcoming presidential election which is scheduled to hold in less the five weeks, the Sun Nigeria reports. One of the Rivers PDP leaders, Hon.

Samuel Nwanosike, Chairman of Ikwerre Local Government Area, who spoke to newsmen revealed that all the party leaders, including the Rivers State Governor, Nyesom Wike after they dumped the party’s presidential candidate, they x-rayed the other two frontrunners, Peter Obi of the Labour Party, and Bola Tinubu of the All Progressives Congress (APC) and they found Bola Tinubu to be a true unifier among the both of them. Nwanosike said, “After we dumped Atiku, we screened Obi and Tinubu and found out that Tinubu is the best.”

Continuing speaking, Nwanosike who is a strong ally of the Rivers State governor, Nyesom Wike, revealed that even if the presidential candidate of the PDP, Atiku Abubakar later reconciles with Nyesom Wike, they won’t still support him, except if Nyesom Wike instruct them to campaign for him.

Nwanosike also said that the party strongly resolved to campaign vigorously for Tinubu in the state, while the leadership of the party on the other hand would work round the clock to ensure that its presidential candidate Atiku Abubakar loses in the state.