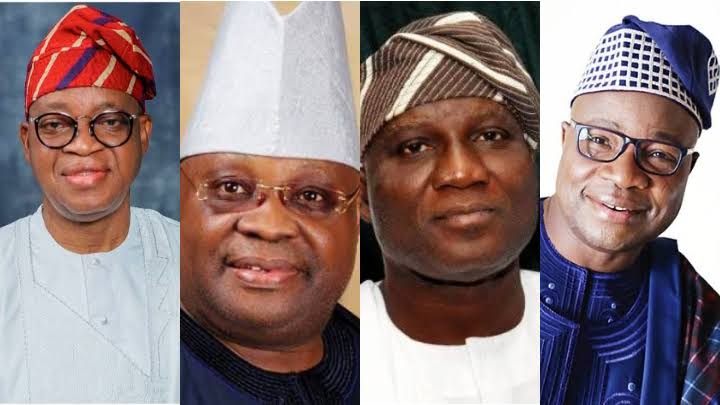 By global standards and practice one election at any level: local, state and federal is expected to produce only one precise result. This is particularly so when results are collated from polling units through ward, local government, state and federal. In these levele of collations, the addition if accurately done is to ensure precision and high level of accuracy in the result produced and declared. Thus at the local government level the election is expected to produce one incontrovertible result, in the state,election- gubernatorial election, the results from the local government are added to produce accurate results. This accuracy would be verified by the stakeholders before the results is declared by the returning officer. The declared results having gone through this process is expected to be credible, acceptable and legitimate instrument to validate the emergence of the declared candidate.

The first result was the one released by INEC on July 17,it shows that PDP scored 403,364 votes and APC scored 375,227. The result was not acceptable to APC and after studying the process leading to the declaration of Adeleke as governor, APC approached INEC to apply for the verification of both the electronic and manual materials involved in the conduct of the election.
The Petitioner,APC and the candidate, Mr Oyetola applied for the inspection of these materials and the application was granted.During the inspection, APC team of inspectors however claimed that they observed disparities between the accredited voters on BVAS and the vote cast at the election. The team found out that, in 749 polling units across 10 local governments in Osun State, there were alleged over voting in favour of Adeleke.After deduction of over- voting allegedly credited to the two parties(60,504 votes) – APC and (113,151 votes) for PDP,the results computed by APC after deducting the alleged over- voting; APC scored 314,723 votes while PDP scored 290, 213.The second results allegedly gave victory to APC.The result of the inspection was alleged to have been signed by Mrs Abimbola Oladunjoye.INEC deputy director, ICT.

The APC team of lawyers headed for Election Petition Tribunal to contest the alleged over voting. The petitioners stated in the petition that “the accreditation with BVAS was not done for a large number of voters in 749 polling units across the 10 Local Government Areas of Osun”. The Petitioners avered that the substantial non – compliance with the provisions of the Electoral Act 2022 affected the results of the election substantially. The Petitioners pleaded, stated and contended that the true, actual and correct result upon the deduction of the invalid votes in the result gave victory to APC. The APC team of lawyers is led to the tribunal, Mr. Akin Olujimi(SAN), INEC hired Professor Paul Ananaba and PDP hired Mr Ikpeazu.
At the tribunal, the three parties APC, PDP and INEC presented their cases. APC had presented to the tribunal the allegation of over voting in 10 wards. INEC had disputed any allegation of over voting as claimed by APC.

The respondents having received copy of APC’s petition had approached INEC looking for evidence to debunk APC claim at the tribunal.
Based on this allegation of over voting and to enable INEC prepares its defence, it re -conducted another investigation into the same electoral materials used to declare Adeleke as the governor and the same materials used to produce evidence for APC.The results produced for APC from the inspection of the materials encouraged the party to challenge the result at the tribunal. However the result produced by INEC for itself contradicted the one produced for APC to present at the tribunal. Thus, result produced by INEC for itself to use at the tribunal was allegedly different from the one produced for APC to enable it prepare for its defence at the election petition tribunal. This made it a third set of results allegedly arising from conduct of July, 16 2022 gubernatorial election in Osun.

What appears to be intriguing about the second and third results is that, they were signed by the same officer of INEC, a deputy director, lnformation and Technology (lCT), Mrs Abimbola Oladunjoye.She confessed to signing the two under cross examination by the Petitioners’ Lead lawyer, Mr Akin Olujinmi.

What, however, appeared to be disparity between the two results (lNEC and PDP)was pointed out by Mr. Akin Olujimi – the lead counsel to APC when he directed the attention of the party ‘s hired statistician and Forensic examiner;Samuel Odutan to the BVAS report tendered by INEC and asked him to look at some pages of his witness reports where the accreditation figures were not the same with that of INEC in some units and wards.Thus,these disparities were also found in some other polling units and wards particularly in Ede.

Samuel Odutan’s analysis and forensic examination of the same electoral materials allegedly produced another result for the July 16 election.The alleged result presented by Odutan at the tribunal stated that PDP scored 402, 349 votes to defeat Gboyega Oyetola who allegedly scored 374, 256 votes. He too admitted over voting.
From the above therefore all the witnesses called by both the petitioners and respondents admitted over voting despite the use of BVAS.There, were however, differences in the magnitude of over voting.APC reports stated over voting in 749 polling units, INEC was not categorical on the number of polling units but the PDP hired expert, Samuel Oduntan admitted to over voting in only six polling units

PDP result presented by its expert was ,therefore, the fourth result yet on the same election and yet still counting.We are still waiting for the tribunal to know the actual number of results that will come out of election.

The intriguing thing about these contradictory election results as given by different witnesses arising from the gubernatorial elections in Osun state has made it difficult for analysts and legally untrained minds to predict the outcome of the petition now at the tribunal.

This is the first time in the annals of electoral politics not only in Nigeria but also across the global where four results are available on a single election. This is novel in electoral politics in any part of the world. Where therefore goeth the pendulum?.The Lord will guide the tribunal Judges as their pronouncement may lead to the review of Electoral Act, 2022. May the Lord help the Federal Republic of Nigeria.

The APC team of lawyers headed for Election petition tribunal to contest the alleged over voting. The petitioners state that “the accreditation with BVAS was not done for a large number of voters in 749 polling units across the 10 Local Government Areas of Osun”.

The Petitioners aver that the substantial non – compliance with the provisions of the Electoral Act 2022 affected the results of the election substantially.

The Petitioners plead, state and contend that the true, actual and correct result upon the deduction of the invalid votes in the result. The APC team of lawyers is led my Mr. Akin Olujimi(SAN), INEC hired Professor Paul Ananaba and PDP hired Alex …… At the tribunal the three parties APC, PDP and INEC had presented their cases; APC had presented to the tribunal the allegation of over voting, the INEC had disputed any allegation of over voting has claimed by APC. Led in evidence by Paul Ananaba the INEC lawyer, a deputy director Information and Communication Technology with INEC Mrs Abimbola Oladunjoye agreed that there was “seemingly over voting” in some polling units in the July 16 Osun state gubernatorial election